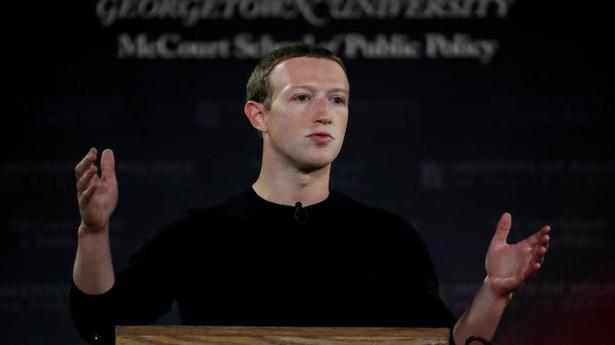 Facebook Inc Chief Executive Officer Mark Zuckerberg said in an interview to CBS on Monday that U.S. President Donald Trump did not discourage him from banning political ads on the social media platform during a secret meeting in October.

The billionaire founder said the discussion centred around “some of the topics that you’d read about in the news around our work”, but added that it was a “private dinner” and declined to share further details of the meeting.

Zuckerberg had earlier defended the company’s policy to run ads from politicians containing false or misleading claims, saying that Facebook did not want to stifle political speech.

Trump, who has vocally supported political ads, has openly castigated Facebook repeatedly, accusing it of being biased in favour of Democrats.

The social media giant has also faced a barrage of criticism over privacy lapses, election-related activity and its dominance in online advertising, giving rise to calls for more regulation and anti-trust investigations.

From democracy champion to defending Myanmar against genocide charges, the shock decision by civilian leader Aung San Suu Kyi to face the UN’s top court risks further damaging her image overseas and deepening the siege mentality at home. “We stand with you,” proclaim billboards across Myanmar, sporting beaming portraits of the Nobel laureate as she […]