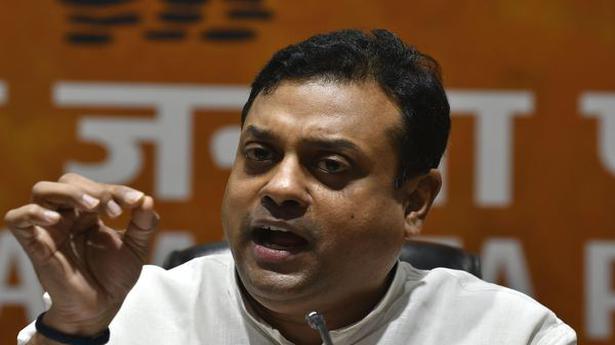 The Bharatiya Janata Party released its third list of candidates past midnight on Friday, and scotched all speculation that Prime Minister Narendra Modi may contest a second seat from Puri in Odisha by announcing the name of party spokesperson Sambit Patra as candidate.

In all, the third list contained 36 names — six candidates from Maharashtra, five from Odisha and one each from Assam and Meghalaya.

In Assam, the party announced State Minister Pallab Lochan Das as candidate from the Tezpur seat, dropping sitting MP Ram Prasad Sharma. Assam Finance Minister Himanta Biswa Sarma was earlier considered for the seat but the party decided not to go ahead with his candidature looking at his role as convenor of the North Eastern Democratic Alliance (NEDA).

A team from the Ministry of Development of North Eastern Region (DoNER) on Thursday began travelling to different parts of the country in a bid to replicate the north-east development model in Jammu and Kashmir. DoNER Minister Jitendra Singh, during an official programme in Guwahati on Wednesday, said the team’s tour was decided after studying […]

A video clip of a family shifting a child to the children’s ward in the district hospital, without using a stretcher, was shared widely on social medi Source: thehindu.com Related

One more arrested in connection with attack on Visva Bharati students

One more person was arrested from Jharkhand on Sunday in connection with an attack by a group of students on another near a boys’ hostel of the Visva Bharati University campus last week, police said. Sulav Karmakar, a student of the History Department, is the third person to be arrested in connection with the incident […]