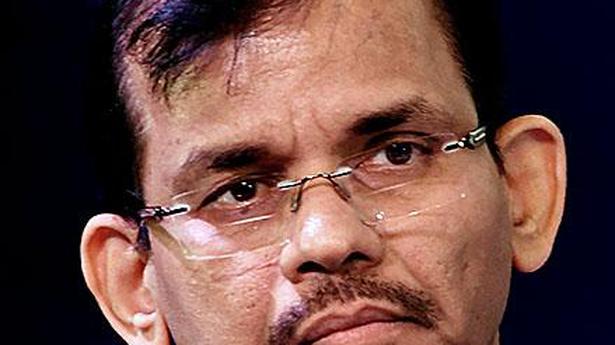 Chief Electoral Officer (CEO) Gopal Krishna Dwivedi has pegged the number of staff required for counting votes on May 23 at about 21,000 and said the places of their deployment will be kept as a secret till the last minute.

Randomisation of the Electronic Voting Machines (EVMs) would be done twice after the completion of staff identification, he told the media persons who met him at the Secretariat on Thursday.

There would be micro-observers and counting supervisors and assistants for all the tables.

Proposals for increasing the number of tables came from Kurnool, Visakhapatnam and West Godavari districts, the CEO said.

Mr. Dwivedi said the Election Commission of India had not yet given its clearance for re-polling in five booths (two each in Guntur and Nellore districts and one in Prakasam) where violent incidents took place and people struggled to cast their vote due to defective EVMs.

A group of girls from Mose Ministries Home, which is run under the supervision of District Social Welfare Officer and a committee appointed by the High Court, petitioned the District Collector to release their academic certificates and other documents to pursue higher education or find employment. Around 20 girls of the home met the Collector […]

Tirupati Urban Development Authority (TUDA) Chairman and Chandragiri legislator Chevireddy Bhaskar Reddy has said that top priority will be accorded to accountability and transparency in its administration, indicating that there will be no room for corruption in TUDA. At a face-to-face meeting of the town planning officials and real estate developers here on Wednesday, he […]