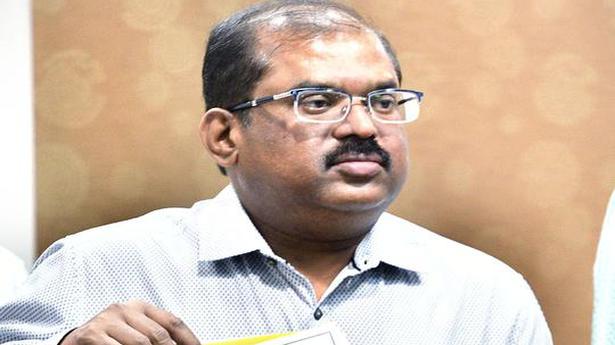 The electoral roll of Krishna district for the gram panchayat elections has over 23.41 lakh voters – 11.56 lakh male and 11.85 lakh female voters. There are 136 voters of the third gender.

Collector A. Md. Imtiaz released the electoral roll for the 5th Ordinary Elections to Gram Panchayat as on January 1, 2019, in the district here on Monday.

Mr. Imtiaz said that as per the directions of the Election Commission of India the electoral roll has been prepared ahead of the panchayat elections for 979 out of 980 gram panchayats in the district.

He said that the district administration is prepared with photo electoral rolls for the panchayat elections and the Election Commission will soon issue the election notification.

The term of sarpanch of Chinapandraka gram panchayat in Kruthivennu mandal ends on July 31 and the panchayat will be exempted from the elections which will take place before July 31, he said.

There are 9,998 village wards in 980 gram panchayats of 49 mandals in the district. Vijayawada revenue division has the highest number of voters, 8.72 lakh, in 240 panchayats under 14 mandals.

Penamaluru mandal that comprises bigger gram panchayats has over 1.56 lakh voters. It is followed by Vijayawada Rural mandal with 1.26 lakh voters. Ibrahimpatnam mandal has 0.88 lakh voters and Gannavaram and Bapulapadu mandals have 0.70 lakh and 0.68 lakh voters respectively.

Support people by ration not by bhashan: Kapil Sibal

The Congress has once again attacked the government for the plight of the migrants and poor people, saying that they were suffering due to the nationwide lockdown. Party leader Kapil Sibal said on Thursday that the people could not be helped by mere lecturing. Mr. Sibal in a tweet said, “Our people ready to support […]

A second positive COVID-19 case was reported in Mysuru on Monday. Confirming the case to reporters, Deputy Commissioner Abhiram G Sankar said the person, who is 46 years old, belonged to Mysuru and arrived by an Emirates flight to Bengaluru from Dubai at 3 a.m. on March 22. The person was screened at the airport […]