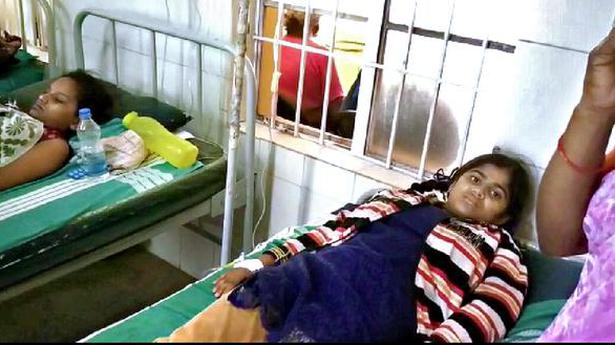 Chicken curry and rice were served to the girls for dinner. As many as 30 girls, after consuming the meals, developed vomiting and nausea. While 24 were treated as out-patients, six were admitted at the government hospital at Maddur, sources in the Department of Social Welfare said.

There are 243 higher primary and high school girls studying at the school. According to hospital sources, the girls were recovering.

B. Malathi, Deputy Director, Social Welfare Department, was not available for comment.

Raghunandan, Deputy Director of Public Instruction, said he was not aware of the incident.

“I will go to the school and the hospital, meet the girls and initiate suitable measures,” the officer said.

With just two weeks left for the annual pilgrim season in Sabarimala to kick off, Devaswom Minister Kadakampally Surendran here on Saturday reviewed the preparations in Erumely and Ettumanur, two major stopovers of pilgrims to the Ayyappa temple. Speaking at a meeting, the Minister said Erumely would be ready to welcome the pilgrims by November […]