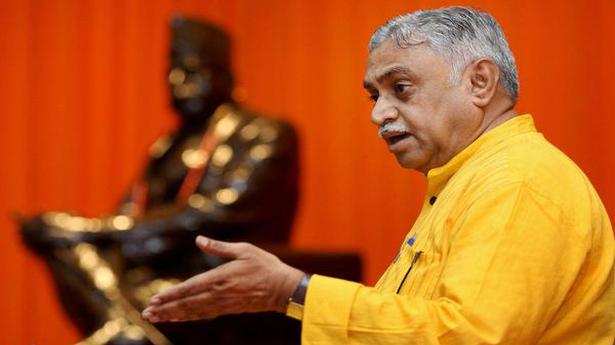 The Rashtriya Swayamsevak Sangh (RSS) has grown spectacularly after 2010 when the BJP was working hard to come back to power and has added close to 20,000 shakhas (assemblies) since then.

“In 2009, we took the decision to expand our organisation across India. We experienced growth after 2010. Since then, 19,584 new shakhas have joined us. At present, 57,411 shakhas meet every morning across the country,” said Manmohan Vaidya, Saha Sarkaryavah, while addressing a press conference in Bhubaneswar on Wednesday.

The three-day-long Akhil Bharatiya Karyakari Mandal got underway here from Wednesday. Top office-bearers of RSS including its chief Mohan Bhagwat and deputy chief Suresh Bhyaji Joshi, along with all regional heads of the organisation, are participating. The meeting will take stock of organisational activities, including plans of expansion and training of cadre.

As many as 1,585 daily shakhas were added since October last year. At present, weekly assemblies have reached 18,923, an addition of 1,879 in one year.

“Between first four years from 2010 to 2014, only 6,000 shakhas had joined us. After 2014, we have been rising continuously. Situation is favourable for growth and eagerness among people to connect with the Sangh is also increasing,” said Mr. Vaidya. Since 2014, RSS has been strengthened by addition of 13,584 shakhas.

The RSS has an option on its website extending an invitation to join the organisation. From 2014 to 2016, the RSS was strengthened by addition of an average of 90,000 to 95,000 cadre annually. Since 2017, the average annual addition has been over one lakh. “This shows a rise in eagerness to join the RSS,” he said.

Dispelling the impression of the RSS being an organisation of elders, Mr. Vaidya said the youth constituted 60% of total shakhas and 29% were held by young traders. “Only 11% are having elders as members.”

The RSS is now out to form new cadre-based wings to advise people on keeping the joint family system intact, saving the environment and sustaining farm-based local development.

On the question of politics over the Ayodhya matter, Mr. Vaidya said, “The issue of Ram Temple is not a political one. It is a matter of faith of the whole Hindu society. The court verdict on the matter has been pending for long. It is better if it comes early.”

“Even the abrogation of the Article 370 is not a political issue. As per the Constitution, it was a temporary article. All parties had extended their support to abrogate the article while participating in a private bill in 1994. There was national consensus. No government was taking a decision; this government took.”

Following the release of water from the Pulichintala Project, 70 gates in the Prakasam Barrage here have been lifted to prevent the possibility of flooding on Tuesday. A.M.D Imtiaz, Collector, Krishna District, who was present at the barrage to review the situation, said that the water from Pulichintala project has reached the barrage by afternoon. […]

Faced with soaring onion prices, the Centre is considering imposing stock limits on the kitchen staple, but is also worried about the impact on farmers in poll-bound States, Food Minister Ram Vilas Paswan said. Major onion producer Maharashtra is heading to the polls in less than a month. If the government takes hasty actions to […]