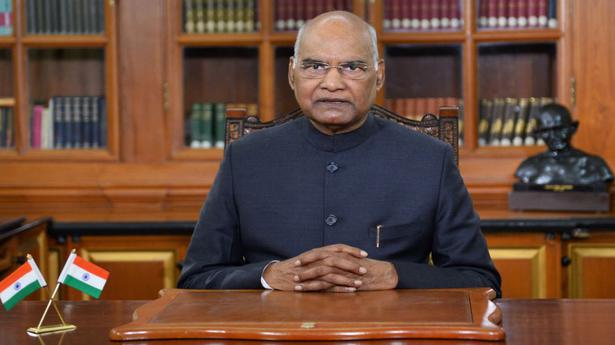 President Ram Nath Kovind addressed the nation on the eve of the 71st Republic Day in New Delhi on January 25, 2020.

In his speech Mr. Kovind said “Our constitution has given some rights to all of us as citizens of an independent democracy. But within the Constitution itself, we have also taken the responsibility that we should always be committed to the fundamental democratic ideals of justice, freedom and equality and brotherhood.

The President further said “For public welfare, the government has launched several campaigns. It is particularly noteworthy that citizens have voluntarily given those campaigns the form of popular mass movement.”

Mr. Kovind said “In India, knowledge is always considered more valuable than power, fame or money. Educational institutions are considered as the place to acquire knowledge in the Indian tradition, i.e. the temple of learning.”

During his address, the President said “Our many achievements in the field of education are notable. It is our effort that no child or youth of the country should be deprived of the facility of education.”

Mr. Kovind said “For nation-building, Mahatma Gandhi’s ideas are still completely relevant today. His message of truth and non-violence has become even more essential in our times.”

pThe President said “Those who struggle for any purpose, especially the youth, should always remember Gandhiji’s mantra of non-violence, which is his invaluable gift to humanity.”

Watch | How can migrant workers be protected?

A video on how to protect the inter-State migrant workers by regulating their employment and working conditions Source: thehindu.com Related

The first high-speed patrol boat being built for Vietnam under the $100-million Line of Credit (LoC) will be delivered by September, said JD Patil, whole time Director & Senior Executive Vice-President defence & smart technologies, Larsen & Toubro. Hanoi is procuring 12 such boats for its border guard force under the LoC extended in September […]