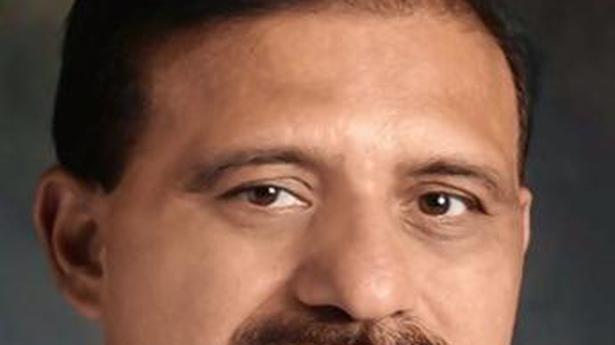 It was his desire to write a book for a long time. But, it was only a year ago, senior IAS officer Atulya Misra sat down to jot down his thoughts for his first book, a novel, to be published. Oxygen Manifesto, his fictional work is about how two persons are concerned about environmental degradation and the impact of the Anthropocene.

When noted English author Jeffrey Archer during his visit to Chennai a few years ago asked members of the audience who had started writing their books to raise their hands, Mr. Misra sat quiet, but at heart he was determined to publish one.

“It was about a year ago, I started and took about three-and-half months to complete it,” recalls the officer.

The novel that takes the reader to various parts of Tamil Nadu, Manipur, Mussoorie and Delhi and also to countries like Afghanistan, Czechoslovakia and Mongolia is about how an IAS officer and a common man, trailing one of the great environmental movements.

Mr. Misra’s long career and enriching experience as Additional Chief Secretary is reflected in the work, as he mentions specific incidents and experiences in the fiction. “Yes, there are many true incidents and characters, which are incorporated in the book,” says the officer with a smile.

His visits to remote areas of Manipur and other parts of the northeastern region, when he was an election observer, and his travels to Mongolia and other places, have added to the details.

“I was so engrossed in developing the characters that I lost the sense of time while planning for the book,” he says.

He chose a work of fiction because “stories appeal to people than numbers” and since environment is often considered a fringe area, the field is given the centre stage in the book. The senior officer in the Revenue and Disaster Management Department is already planning his next book on disaster management.

This academic year, the State government launched English-medium sections in 1,000 government primary schools amid much fanfare and controversy. However, the move is against the draft National Education Policy 2019 which advocates that the medium of instruction at least till grade 5 be in the mother tongue. The draft policy states that “when possible, the […]

A campaign was launched in Odisha’s Berhampur on Thursday to demand acquittal of seven “innocent persons” who were convicted and sentenced to life imprisonment in connection with the murder of VHP leader Swami Lakshmanananda Saraswati in Kandhamal district in 2008. This campaign was formally launched by Green Nobel prize winner social activist Prafulla Samantara in […]

Defence Minister Rajnath Singh is expected to visit Australia in November when both countries are likely to conclude the long-pending mutual logistics support agreement and a broader maritime cooperation agreement to elevate the strategic partnership, defence and diplomatic sources said. “The mutual logistics support agreement, information exchange and a broader maritime agreement, including maritime domain […]