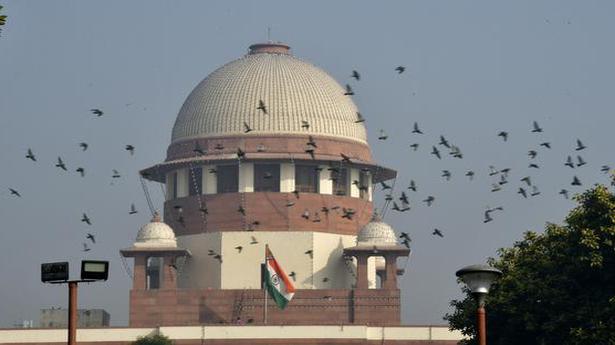 Ten years after after condemning to death six nomadic tribe members in a rape and murder case, the Supreme Court on Tuesday found them innocent and ordered the Maharshtra Police to hunt down the real criminals.

In a complete volte-face, the apex court ordered the immediate release of Ankush Maruti Shinde, Rajya Appa Shinde, Ambadas Laxman Shinde, Raju Mhasu Shinde, Bapu Appa Sinde and Surya alias Suresh for the murder of five members of a family, rape of a woman and her 15-year-old daughter and dacoity in Nashik.

They had spent over 16 years in jail in anticipation of death. The court said the six men were falsely implicated and roped in by the police. One of the six was a juvenile at the time of his arrest. Some of them have developed psychiatric symptoms due to the long years in solitary confinement. They had not been eligible for pardon or furlon as they were condemned men.

The apex court Bench of Justices A.K. Sikri, S. Abdul Nazeer and M.R. Shah specifically takes the case of Ankush Maruti Shinde, who was subsequently found to be a juvenile.

“Dr. Ashit Sheth, Shinde’s psychiatrist, clearly opined that he lived under sub-human conditions for several years. He was kept in isolation in solitary confinement with very restricted human contact and under perpetual fear of death. He was only allowed to meet his mother, and that too only infrequently. He was not even allowed to mix with other prisoners. Therefore, all the accused remained under constant stress and in the perpetual fear of death,” Justice Shah described.

The court ordered the Maharashtra government to pay each of the six men a compensation of ₹5 lakh.

The court turned its ire on the State Police force for trauma it unleashed on the men, who belonged to both socially and financially backward communities. The court highlighted how the police did not bother to even investigate the fact that an eye-witnesses had, immediately after the crime was committed, identified four other men from the rogues’ gallery as the perpetrators of the crime. There has been no effort from the side of the police made to find these four men. The court ordered the Maharashtra Chief Secretary to take disciplinary action against the probe officers within three months.

The acquittal of the six men is, however, a U-turn for the Supreme Court too. In 2009, the court had dismissed their appeals and found them all guilty enough to be sent to the gallows.

However, luck changed for the six men when they filed their review petitions against the 2009 judgment. In October 2018, the court decided to recall its 2009 verdict and hear their appeals afresh. This change of mind by the court has now finally proved their innocence.

Over 280 passengers boarded the train; many had e-passes Source: thehindu.com Related

What is meant by the Protection of Children from Sexual Offences (POCSO) Act and the punishment for those booked under the Act. To whom one shall report child abuse or violation of child rights, were some of the queries raised by the students of Maris Stella College, during the legal awareness camp on child rights […]

124 kg of gold seized in raids

In simultaneous raids in Thrissur, the Kochi-based Commissionerate of Customs (Preventive) Unit seized 124 kg of gold, valued at ₹50 crore, being smuggled into Kerala, foreseeing a bumper sale during Akshaya Trithiya and Deepavali. Raids were conducted from morning to late in the night on Wednesday at various places in district, considered the gold hub […]