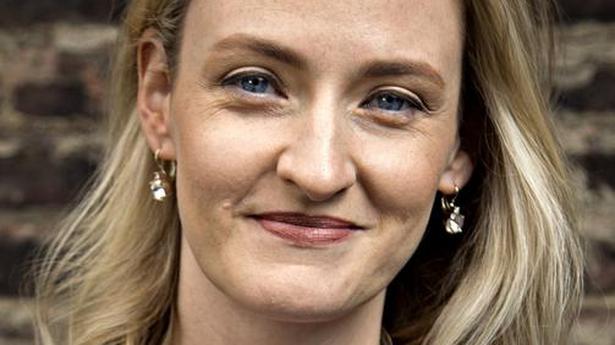 The USA’s Thanksgiving holiday (the fourth Thursday of November) launches a frenzy of retail commerce in what is arguably the most consumerist country in the world, with the day following, colloquially known as Black Friday, full of deals and promotions and the start of the holiday season, and the biggest shopping day of the year. The following Monday has been dubbed Cyber Monday, similarly encouraging online shopping.

In 2012, in a reaction to this frenzy, a community organisation in New York City, 92nd Street Y, with the United Nations Foundation, proposed GivingTuesday, five days after Thanksgiving, to encourage charitable giving.

The movement has spread quickly around the world: in 2018, it was celebrated in over 150 countries (60 of them official partners). It raised more than $400 million from 3.6 million donors in the USA alone last year, and counting only online giving, and the hashtag-friendly concept chalked up over 14.2 billion social media impressions around the world.

In India, a similar movement started earlier, in 2009, when an informal group of organisations and individuals came together for the Joy of Giving Week (later renamed Daan Utsav) which runs from October 2 to 8. Ten years later, the two movements unite with GivingTuesday India on October 8. (Unlike the global celebration, GivingTuesday India will happen on the Tuesday within the week-long Utsav in future years, better positioned to take advantage of the country’s far longer festive shopping season.)

Asha Curran was involved with GivingTuesday since its conception, and ran it from 92nd St Y, where she was Chief Innovation Officer. Over the last year, the concept has been spun out as its own NGO, with its own board, and Ms Curran as its CEO (she is no longer with 92Y). The Hindu asked Ms. Curran, who is visiting India, about the growth of the movement.

How does GivingTuesday work?

GivingTuesday is a day for anyone anywhere to give, in whatever way is meaningful for them, for civil society organisations to experiment, collaborate, and innovate, for communities to come together. It’s an open source movement, owned and co-created by people all over the world which has grown to be a global annual ritual of generosity.

How long did it take to get traction? What did the founding team do to ensure word was spread?

It caught on much more quickly than we expected. It was obvious that the idea of a day dedicated to generosity resonated with people; the idea that you don’t have to be a big philanthropist to make a positive impact, and the idea that social media could be used to make good go viral.

It was the right idea at the right time: the very beginning of so-called ‘hashtag movements’, which are now ubiquitous. Even without big dollars for marketing or promoting, word spread at a very grassroots level.

GivingTuesday is now an independent organisation, what we describe as a ‘backbone organisation’ of the global movement. We have a network of people leading GivingTuesday in their own regions, but who learn from and support one another on an ongoing basis. [GivingTuesday, the organisation] exists to support, amplify, and connect participants and initiatives.

How did GivingTuesday start going international?

The amazing thing about the age we live in is that ideas can spread across borders incredibly quickly. (Of course, we see this play out in both good ways and bad.) First, the UK and Canada picked up the idea. But over the next seven years, over 60 countries launched their own formal movements, including, of course, India. From Brazil to Tanzania to Russia to Singapore, GivingTuesday proves that generosity is truly a universal value. That sense of unity exists even though GivingTuesday is adapted to reflect the unique identities and communities of all those vastly different regions.

What kind of people support GivingTuesday?

Anyone and everyone who finds it rewarding to do good. There is particularly strong representation among millennials, but really, almost every age group is represented, including, launched just this year, GivingTuesday Kids.

The power of the idea is that it crosses borders, languages, political systems, ages. Everyone has something to give, and everyone feels the positive emotional response of being generous. Our data suggests that generous people don’t usually give in just one way. They are likely to donate, but also to give their time, their advocacy, their mentorship, their kindness. Generosity manifests in many ways, all equally valuable.

The problem is that many people simply haven’t been taught to think that they have anything of value to give. We try to break down the false distinction between those who have and those who need. We all can be generous, and every single one of us needs something, as well. In that way, generosity is an act of solidarity.

What kind of causes get most support?

This really differs based on what platform you’re looking at, what country, etc. GivingTuesday ultimately benefits every possible cause you could think of, from hunger to poverty to animal welfare to the environment. The movement is cause-agnostic, meaning we encourage giving to whatever cause each person is most passionate about, or giving not to a cause at all, but to a neighbour, a stranger, a community. All of those expressions of generosity are equally valuable.

How hard (or easy) is it to get businesses to support this?

We actually see companies participate in increasingly creative ways, even using GivingTuesday to reimagine traditional CSR programs. This will be particularly interesting to watch in India, which is very unique when it comes to the responsibility of corporations to show increasing social impact.

GivingTuesday can be used as an employee-facing initiative, a consumer-facing one, a social media one, all of the above, and more. Many companies use the movement to support whatever cause they are publicly aligned with, others to highlight the causes that their constituents care about.

Why is GivingTuesday India on a different day? Won’t this result in losing out on the global momentum?

India is completely unique in this way. It was one of many times with GivingTuesday where we had to ask ourselves how experimental we were willing to be, because of course there is something so special about so much of the world celebrating on the same day, but at the same time it’s almost always the case that we err on the side of experimentation.

It makes all the sense in the world to hold GivingTuesday India during the week of Daan Utsav. And we’ve been thrilled by what we’ve seen here.

The rest of the world cheers India on, and then in turn GivingTuesday India turns its support to the global celebration on December 3. I spend a lot of my time travelling around visiting our various GivingTuesday communities, and I’m especially excited to be here in India for the day itself.

Worldwide, we’re hearing murmurs about a recession. It’s certainly louder than a murmur in India. How do you see this impacting charitable giving?

It already is. Individual giving among the middle-class in the US is going down, not only because of recession murmurs but because of rampant income inequality and wage stagnation.

However, that trend reverses on GivingTuesday and giving spikes. I believe people will always show their generosity. But it might not be in ways that are as easily measured as donations.

So, one question is, with a world in crisis, how do we support the organisations that are feeding the hungry, sheltering the unsheltered, healing the wounded; but the larger question is, how do we use generosity to fuel systematic and structural change so that those problems don’t exist in the first place? GivingTuesday’s larger vision is for a more just world, not simply more giving within an unjust one.

Congress did not give Ladakh due importance in defence policies: Namgyal

Jamyang Tsering Namgyal, the BJP MP from Ladakh who shot to fame after his impassioned speech on Article 370 in Parliament, feels the region did not get due importance in defence policies under the Congress rule and that was why “China has captured its area up to the Demchok sector”. The first-time parliamentarian also claimed […]

B. Solomon, a tenant farmer growing onions, has finally started making profits this year after incurring losses for four years in a row. While consumers are ruing the upward spiral in onion prices, farmers in Kurnool district are happy that they are earning decent returns in the last one month. Mr. Solomon, who cultivates onion […]