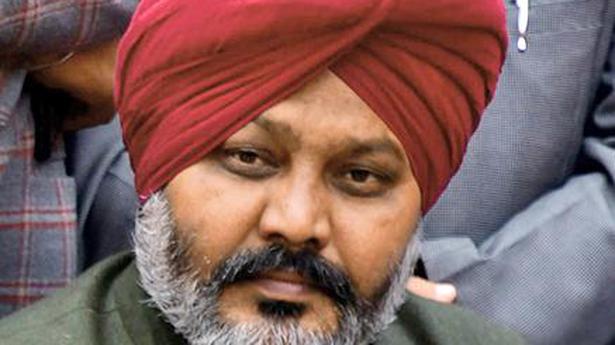 The Aam Aadmi Party (AAP) on Friday said that if the Congress government failed to cancel the power purchase agreements with private power companies during the upcoming Budget session, the party along with people of State would cut-off power of Chief Minister Amarinder Singh’s residence in Patiala.

The decision was taken during a meeting of the party MLAs here. The meeting was chaired by Leader of Opposition Harpal Singh Cheema.

Mr. Cheema said the remarkable victory of the Aam Aadmi Party in Delhi Assembly polls was clearly visible not only in Punjab but across the country and abroad, for it was a vote for ‘performance’ and against the communal and divisive forces.

“The stupendous victory had shown thumbs down to the fascist forces and decimated the Congress to zero, which would be replicated in Punjab as well,” he said.

Mr. Cheema said that the Badal’s of Akali Dal, accused of being hand in glove with the mafia raj and the desecration incidents in the State, too had been isolated by their long time ally — the BJP. He asserted that the Kejriwal development model on which the elections in Delhi were fought and won would be replicated in Punjab when it goes to the polls in 2022.

Mr. Cheema said if the government did not provide relief to the people from high power tariff, the AAP would be forced to cut the electricity connection of Captain Amarinder Singh’s residence in Patiala — the Moti Mahal.

PMK founder S. Ramadoss and MDMK general secretary Vaiko urged the Centre not to grant permission to ONGC which has submitted proposals for two new hydrocarbon projects to the Union Ministry of Environment and Forests. In a statement, Dr. Ramadoss noted that ONGC had envisaged to drill 44 onshore wells in five districts of Tamil […]

Sankranti festivities reached a feverish peak in the town as a two-day kite festival kicked off at the Lakaram tank bund here on Monday amid an exhilarating atmosphere. A variety of colourful kites in diverse shapes and sizes dotted the city’s skies as curious onlookers watched the visual spectacle on Monday evening. Kites in varied […]

India is one of the few countries whose actions are compliant with the Paris Agreement goal of keeping rise in temperature to below two degree Celsius, Prime Minister Narendra Modi said on Monday. Addressing COP13 delegates in Gandhinagar via video conferencing from Delhi, Mr. Modi said India has been championing climate action based on values […]