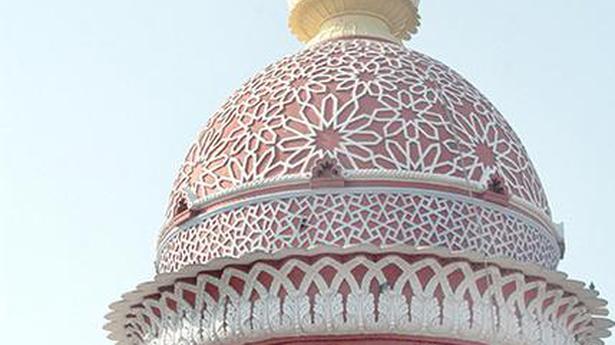 The Madras High Court on Thursday sought the response of the Prisons Department to a habeas corpus petition filed by B. Robert Payas, 50, a life convict in former Prime Minister Rajiv Gandhi’s assassination case, seeking 30 days of ordinary leave to make arrangements for the marriage of his 28-year-old son, residing in the Netherlands.

A Division Bench of Justices M.M. Sundresh and RMT. Teekaa Raman directed Additional Public Prosecutor C. Ayyapparaj to obtain necessary instructions from the Deputy Inspector General of Prisons and the superintendent of the central prison at Puzhal, where the petitioner has been lodged, within two weeks.

The present plea was filed after S. Nalini, another life convict in the same case, filed a similar petition in April, seeking six months’ leave to make arrangements for the wedding of her daughter, residing in London. The court had, on July 5, granter her ordinary leave for a month and later extended it by another month.

In his affidavit, Payas said he was a Sri Lankan refugee who came to India with his wife R. Prema on September 20, 1990. At that time, his wife was pregnant, and gave birth to a baby boy on February 6, 1991 at a private hospital in Chetpet. Subsequently, he was arrested in connection with the former PM’s assassination case on June 10, 1991.

A special investigation team of the CBI had prosecuted the case, which ended up in the conviction of 25 individuals by a designated court under the Terrorist and Disruptive Activities (Prevention) Act on January 28, 1998. All 25 convicts were sentenced to death after being found guilty under a host of penal provisions.

“Apart from the common charges, I was also convicted under the TADA Act individually and sentenced to life imprisonment. The Supreme Court on May 11, 1999 altered my death penalty to life imprisonment by a majority order of a Bench of three judges. In fact, one of the judges, Justice D.P. Wadhwa, acquitted me of all charges and set me at liberty,” he claimed.

Noting that he had been under continuous incarceration for the last 28 years without availing himself of either ordinary leave or emergency leave for any reason whatsoever, though the Tamil Nadu Suspension of Sentence Rules of 1982 provided for such a benefit to those who had exhibited good conduct in prison, the petitioner said he was now in dire need of 30 days of leave.

Even as he was under incarceration, his wife had travelled back to Sri Lanka, along with their child, in 1993. “Now, for the past eight years (sic), my son Robert Payas Thamilko had moved to Netherlands. He has now attained the age of marriage. As a responsible father, I am duty-bound to take care of his future life,” the petitioner said and sought leave for a month.

Rajasthan to launch Indira Rasoi Yojana for the poor