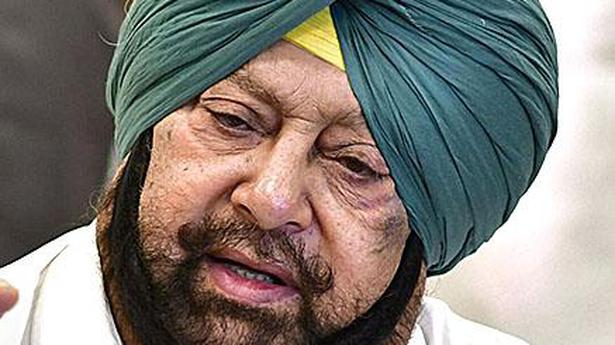 Punjab Chief Minister Amarinder Singh has backed Congress general secretary Priyanka Gandhi Vadra to take over the party reins, who according to him was “a good bet to replace Rahul Gandhi as the new leader.”

“Priyanka would be a perfect choice to take over the party reins but it would all depend on the Congress Working Committee (CWC), which alone is authorised to take a decision in the matter,” he said in Chandigarh.

Capt. Singh regretted the decision of Mr. Gandhi to step down from the top party post. “India is a young nation, and will respond to a young leader,” he said, while reacting on Congress leader Shashi Tharoor’s remark that Ms. Vadra would be a good choice for being chosen as party chief.

Claiming that Congress needed a dynamic young leader to rebuild it after the recent Lok Sabha election loss, Capt. Singh said: “She has the intelligence and instinct to understand and relate to the needs of the nation, and also has the courage to take on any challenge and take the fight to victory.”

“Given Rahul Gandhi’s refusal to take back his resignation, Priyanka was a good bet to replace him as the new leader,” said the Chief Minister adding that he had earlier also advocated for a young leader to take charge of the party.

He expressed the confidence that she would easily get the support of the party’s rank and file, across regions. Capt. Singh made it clear that Ms. Vadra was ideally suited to head the party, which needed a

A 15-year old girl met Rajasthan Chief Minister Ashok Gehlot on Monday and sought in intervention in stopping her marriage. The girl, hailing from Tonk district, met the Chief Minister at a routine public hearing at his residence along with her uncle. She told Mr. Gehlot that her father wanted to marry her off after […]

With rising mercury levels and severe heatwave, Gujarat is facing a massive water crisis. The scarcity is particularly acute in the Saurashtra region, Kutch, North Gujarat and parts of tribal pockets in central and South Gujarat. More than 20 districts are severely affected as towns and villages hardly get water twice a week. In more […]