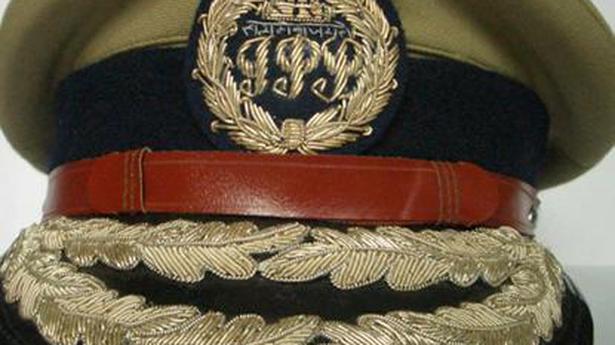 Hours ahead of announcement of the poll schedule to the Lok Sabha elections, the Tamil Nadu government on Sunday promoted five IPS officers to the rank of Director General of Police (DGP).

The move comes amidst uncertainty over the norms for empanelling officers to the post of DGP/head of police force. With the Supreme Court making it clear that officers left with a minimum service of two years alone should be considered by the Union Public Service Commission (UPSC) for empanelment to the top post, the State had filed a case to relax the norms as all the DGPs serving in the State have less than two years of service.

With the Supreme Court yet to pass order on the petition, the State promoted 1987-batch of IPS officers taking the total number of DGPs in the State to an unprecedented 14. In the normal course, a State can have six officers in the rank of DGP, including three in ex-cadre posts.

While the Supreme Court guidelines in the Prakash Singh case prescribe a minimum two-years tenure for consideration to the top post, none of the serving DGPs, except M.K. Jha, who is on Central deputation, had the clear two-year service period left to be considered by the UPSC for empanelment on the retirement of incumbent DGP T.K. Rajendran, in June this year.

In the event of the Supreme Court accepting the plea of the State to relax the norms, the DGPs eligible for empanelment will vary depending on the quantum of minimum service prescribed for consideration.

With the schedule for the 2019 Lok Sabha elections to be announced on March 10 evening, the State is expected to post an officer as DGP (Elections) and a few others to assist him/her.

The State also transferred P. Rajan, Superintendent of Police, Organised Crime Intelligence Unit, Chennai, and posted him as SP, Dharmapuri, in the place of D. Mahesh Kumar who was posted now as SP, OCIU, Chennai.

‘Peaceful protests are safety valves for people to vent their anger’

“It’s turning out to be like a Bollywood potboiler where nobody knows who is firing the bullets,” remarked Jayant Chaudhary, vice president of the Rashtriya Lok Dal (RLD), on the law and order situation in Uttar Pradesh. Spiralling protests against the Citizenship (Amendment) Act across the State have led to more than a dozen deaths […]

The BJP has lost power in five States since last year as an alliance of the Jharkhand Mukti Morcha, the Congress and the Rashtriya Janata Dal crossed the half-way mark when votes of the Jharkhand Assembly election were counted on Monday. BJP leaders went into a huddle after the results showed that the party would […]