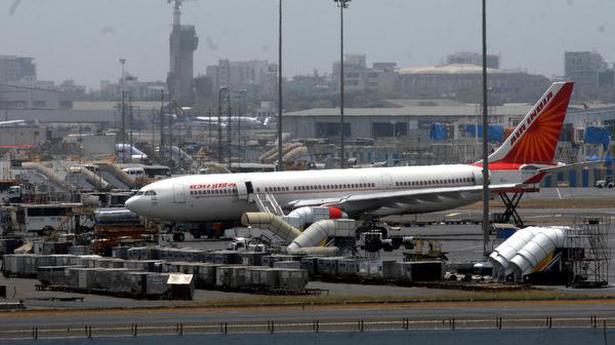 Air India’s passengers were stranded across its network after its flights were grounded due to a server issue that persisted for six hours before it could be rectified.

The airline was not able to issue boarding passes to its passengers because of the server problem. The problem occurred at 3 a.m. and was resolved at 8.45 a.m. on Saturday.

“Till 10 a.m. there were 85 flights delayed.  There will be a ripple effect on our flight operations throughout the day,” Air India Chairman and Managing Director Ashwani Lohani said at a press conference.

The airline operates 470 flights daily and along with its subsidiaries, Alliance Air and Air India Express, it has a total 674 flights per day.

Air India’s software solution is provided by SITA, a global airlines IT services major, which provides it check-in, boarding and baggage tracking technology, among others.

“SITA experienced a complex system issue during server maintenance early this morning, which resulted in operational disruption to Air India flights. We have now fully restored services at all airports where Air India were affected. Our priority remains, as always, to ensure a stable system where customers can conduct business efficiently and effectively, and we are undertaking a full investigation to understand the root cause and prevent a recurrence. We deeply regret the inconvenience this has caused to the airline and their customers owing to this disruption,” said Julius Baumann, SITA’s senior manager corporate communications.

SITA also said only AI flights were affected by the glitch. The problem occured when the server was under maintenance and couldn’t go live because of a glitch, Mr. Lohani told reporters. He also said that international flights will not see a significant delay and the real brunt will be borne by domestic flights.

However, passengers taking a connecting flight domestically to fly overseas may have some difficulties but the airline is providing free rescheduling as well as hotel accommodations.

Minimum income guarantee scheme will be rolled out in phases, says P. Chidambaram

The Congress party’s minimum income guarantee scheme will be rolled out in phases, senior leader P. Chidambaram said on Wednesday. The five crore beneficiary families will be covered in phases, he added. Addressing a press conference here, the former Finance Minister said enough economists and experts in the subject have been consulted and they broadly […]

The extended session of Budget session has skipped the usual private member business on Friday, to pass key government Bills. Here are the updates: 12.05  pm | Rajya Sabha “Don’t compare Hafiz Saeed with Gautham Navalaka,” says Chidambaram P. Chidambaram (Congress, Maharashtra), speaking on the ‘Anti-Terror’ Bill, says that the liberty of an individual is […]

Who is JP Nadda, the new BJP national president?

For J.P. Nadda, 59, being elected the eleventh president of the BJP tops off a steady rise that began with student politics with the Akhil Bharatiya Vidyarthi Parishad (ABVP) the student wing of the RSS, to State politics in Himachal Pradesh and finally, from 2010, an important stint in national politics. Born to Krishna and […]