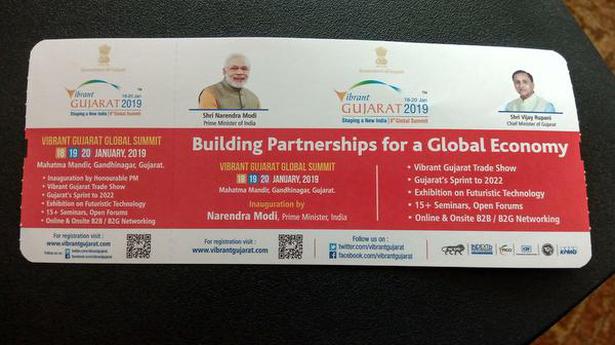 Air India has decided to “roll back” its boarding passes bearing photographs of Prime Minister Narendra Modi and Gujarat Chief Minister Vijay Rupani after they came in for criticism.

The airline had earlier said the passes, featuring the photographs which were third-party advertisements, would be withdrawn if they are found to be in violation of the Model Code of Conduct.

“Air India has decided to roll back the boarding passes of Vibrant Gujarat which had photos of the Prime Minister and the Gujarat Chief Minister,” said Air India spokesperson Dhananjay Kumar.

Former Punjab DGP Shashi Kant on March 25 tweeted a photograph of his boarding pass issued at the New Delhi airport, questioning how pictures of the two leaders could be on it.

“At New Delhi airport today March 25th, 2019. My Air India Boarding Pass, prominently flashes Narendra Modi, “Vibrant Gujrat” & Vijay Rupani. Picture of boarding pass is below. Wonder why we are wasting public money on this Election Commission, which doesn’t see, hear or speak…,” he had tweeted.

The Air India spokesperson said the boarding passes seemed to be printed during the Vibrant Gujarat Summit held in January and the photographs were part of the advertisement from ‘third parties’.

“The rolls seem to be the ones left over from the boarding passes printed during the Vibrant Gujarat Summit and the photos are third-party advertisements. It has nothing to do with Air India. These boarding passes are not just for Gujarat, but are in use across India,” Mr. Kumar said.

On March 20, tickets with photos of the Prime Minister were withdrawn by the railways after the Trinamool Congress complained to the Election Commission of India about them.

The railways had also said that it was a third-party ad and leftover from a pack of tickets printed a year earlier. The national transporter had instructed zones to withdraw the tickets.

Continuing his tirade against the Congress’ promise to eradicate poverty in India, Union Home Minister and senior BJP leader Rajnath Singh said here on Friday that over 7.5 crore people of the country have been lifted out of extreme deprivation during the last four and a half years of the Narendra Modi government at the […]

With elections drawing closer, campaigning on social media platform Facebook is also picking up pace with political parties and their supporters spending well over ₹10 crore on advertisements in February-March this year. According to Facebook’s Ad Library Report, there were 51,810 political ads with a total spending of more than ₹10.32 crore between February and […]