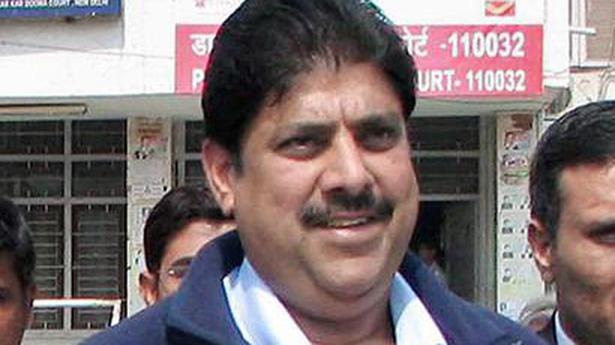 Director General (Prisons) Sandeep Goel confirmed that the elder Chautala is being released on furlough for a period of two weeks.

The decision came a day after Mr. Dushyant Chautala extented support to BJP to form government in Haryana.

Ajay Chautala was convicted in 2013 by a Delhi court for his involvement in a recruitment scam in which 3000 teachers were illegally recruited. He has been lodged in Tihar jail along with his father and former Haryana Chief Minister Om Prakash Chautala.

Bengaluru South: Contest between a veteran and a debutant in this BJP bastion

A young and controversial Bharatiya Janata Party (BJP) candidate and a Congress veteran will go head to head in Bengaluru South parliamentary constituency, which has been a BJP bastion for over 28 years. High drama ensued the candidate selection, with party workers and even the nominees themselves surprised by the choices. The Congress announced the […]

The Panchajanya, a publication affiliated to the RSS has raised objections on the uncensored content being aired on various Over The Top (OTT) platforms especially a new series on Amazon Prime called “The Family Man”, starring actor Manoj Bajpayee. Sources in the RSS confirmed that this was a reflection of its own views on the […]

Acid attack an ‘uncivilised, heartless crime’; perpetrator does not deserve any clemency: SC

Acid attacks are “uncivilised and heartless crimes”, the perpetrators of which do not deserve any clemency, the Supreme Court said on Monday. “A crime of this nature does not deserve any kind of clemency. This court cannot be oblivious of the situation that the victim must have suffered an emotional distress which cannot be compensated […]