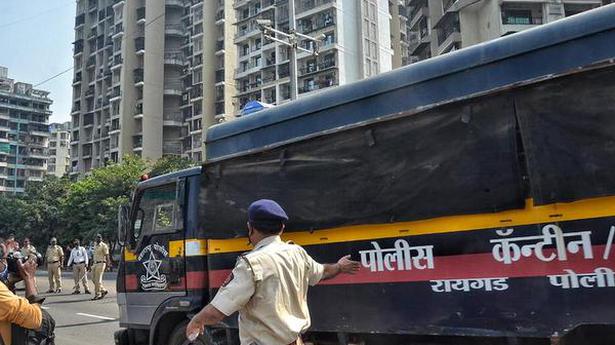 The magistrate court at Alibag on Monday granted the Raigad police permission to question journalist Arnab Goswami at the Taloja Central Jail for three hours in the 2018 abetment of suicide case.

The sessions court was hearing the criminal revision application filed by the local crime branch seeking Mr. Goswami’s police custody and challenging the order passed by the chief magistrate court.

Special public prosecutor Pradeep Gharat told The Hindu that he argued for Mr. Goswami’s police custody to investigate the case which was strongly objected by the journalist’s lawyers. The court however granted the police three hours to probe Mr. Goswami.

Mr. Gharat said, “The accused have filed several miscellaneous applications on the maintainability of the application. Advocates Aabad Ponda and Gaurav Parkar representing Mr. Goswami said the arrest is illegal as a summary closure report was already filed by the police and the case has been re-opened without the permission of the magistrate.”

Mr. Goswami and the other two accused — Niteesh Sarda and Feroz Shaikh — have filed their bail applications before the same court.

Mr. Gharat, however, said, “Although the bail application has been filed by them [lawyers of Mr. Goswami] we have not received the copy of the same.”

The court will continue to hear the revision application on Tuesday.

Mobile app launched to save zoos hit by COVID-19

Donors can make payments to ‘Zoos of Karnataka’ to compensate loss of revenue Source: thehindu.com Related

A total 87,374 people have recuperated in a span of 24 hours. Source: thehindu.com Related

Most online content on child sexual abuse from India

In a global compilation of reports of child sexual abuse material (CSAM) found online, India stands right on top of the list, with 11.7% of the total reports or at 19.87 lakh reports, followed by Pakistan, which contributes 6.8% of all reports (11.5 lakh reports). Bangladesh comes in fourth with 5.5 lakh reports and a […]