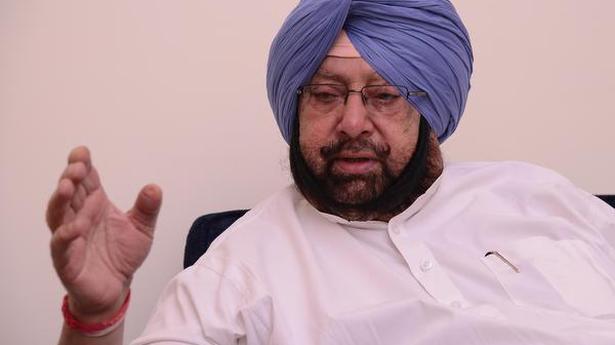 Capt. Amarinder said if Mr. Kejriwal thought all the demands of the farmers to be valid, why did he not get State amendment laws passed in Delhi, on the lines of Punjab and some other States, to negate the devastating effects of the central laws. He asked Mr. Kejriwal to back his claims of supporting the farmers’ demands by opposing the farm laws openly and constitutionally, instead of, what he termed as “indulging in political drama for public consumption.”

“This political spectacle is not going to help the farmers,” said Capt. Amarinder.

“The farmers have seen through your sneaky little ways and your theatrics will not help you change their opinion,” the Chief Minister said, commenting on Mr. Kejriwal’s visit to the Singhu border.

“A few hours of media limelight is all that the AAP national convenor managed to get from this drama,” quipped Capt. Amarinder, adding that, in any case, the farmers don’t need the support of AAP workers to make their ‘bandh’ a success.

“..the whole drama of supporting the Bharat Bandh and standing with the farmers was being enacted by the party with an eye on Punjab Assembly elections due in early 2022. You (Kejriwal) and your party members in Punjab had exposed your deceit and double standards back in 2017, and your wishy-washy stand on the farmers’ issue now has again nailed your lies,” said Capt. Amarinder.

‘Quad should be given space to find its own feet’

Security forces have busted a militant hideout in Baramulla district of Jammu and Kashmir and seized a cache of arms, ammunition and other items, including a satellite phone, police said on Sunday. The hideout was busted in Rafiabad area of Sopore in north Kashmir, a police official said. He said the recovery includes two AK […]

The BJP’s youth wing Bharatiya Janata Yuva Morcha filed a complaint against DMK president M.K. Stalin with Chief Electoral Officer Satyabrata Sahoo, seeking a ban on him from campaigning for the bypolls. Mr. Suryah, State vice-president of the Yuva Morcha, alleged that Mr. Stalin during his campaign on May 1 blamed Prime Minister Narendra Modi […]