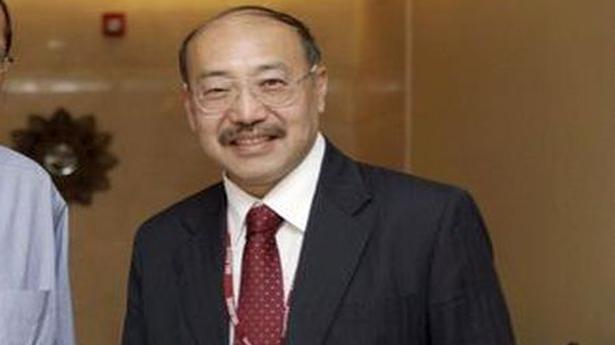 With less than a week to go before a Congressional hearing on Human Rights in South Asia, India is exerting its diplomatic muscle on Capitol Hill to explain the government’s point of view on Kashmir to U.S. lawmakers. A team of five Indian diplomats, led by India’s Ambassador to the U.S., Harsh Vardhan Shringla, briefed members of the U.S. House of Representatives on Wednesday.

The session was hosted by Congressman Brad Sherman, the Democrat who heads the Asia Subcommittee of the House Foreign Affairs Committee (HFAC). The same Subcommittee is holding Tuesday’s human rights hearing, which will include a discussion of the Kashmir valley, Tamils in Sri Lanka, the human rights situation in Pakistan, including Sindh Province, and the situation with Muslims in Assam (India’s finalisation of the National Register of Citizens).

In addition to Mr. Sherman, the list of Members of Congress present at Mr. Shringla’s briefing included HFAC ranking member and Florida Republican Ted Yoho, California Democrat and Indian American Ami Bera, South Carolina Republican Joe Wilson, Virginia Democrat Abigail Spanberger, Rhode Island Democrat David Cicilline and Texas Republican Pete Olson (who was present at the Howdy Modi diaspora rally in Houston last month). Pramila Jayapal, a Chennai-born progressive Democrat who has been vocal about the restrictions in Kashmir was not present. Her office told The Hindu there was a scheduling clash and that she was monitoring the situation in Kashmir and in touch with the Indian government. Ms. Jayapal also has a meeting scheduled with India’s Deputy Ambassador [Amit Kumar] later this week, her office said. Members of Congress have been approached by their constituents with concerns around the restrictions in Kashmir since those went into place in early August, after the abrogation of Article 370 (special status for Kashmir). The Indian Embassy and Consulates across the U.S. have in parallel been reaching out to lawmakers to help shape the narrative and provide the government’s point of view on the situation.

On Wednesday, Mr. Shringla explained to Members that the restrictions in Kashmir were put in place temporarily to save lives and that no deaths had occurred (in clashes with security forces), a senior Indian official told The Hindu. Mr. Shringla also offered to intervene and assist in situations where Members’ constituents could not contact their relatives.

There was also a discussion on potential job opportunities for young people in Jammu & Kashmir and this year’s apple crop, the official said. The Hindu had reported earlier this week that 4.46 lakh [446,000] metric tonnes of apples or 25% of the total produce had already been transported outside the State.

However, Members of Congress questioned the Ambassador on why foreign journalists were not allowed to go into Kashmir, if things were good, the aide said, adding that bipartisan support for the U.S.-India relationship nevertheless remained strong.

In addition to foreign journalists’ access to Kashmir being one of the chief concerns of Members, the lawmakers were also concerned about internet/ data connections not being restored and last Monday’s partial restoration of cellular voice services (for post-paid mobile phones but not pre-paid ones, on security grounds).

The State Department’s top South and Central Asia diplomat, Alice Wells, and Assistant Secretary at its Bureau of Human Rights and Labor Robert Destro will testify on Tuesday. Members of Congress will also hear from Kashmiri origin writers: Nitasha Kaul, a professor at the University of Westminster, who has authored books about Kashmiris who are outside Kashmir, and Aarti Tikoo Singh, a journalist with a background in reporting on Jammu & Kashmir. Angana Chatterji, an anthropologist and professor at the University of California, Berkeley, Fatima Gul, a Sindhi-American human rights activist, and Francisco Bencosme of the Amnesty International will also testify as per the HFAC website.

A Division Bench of the Kerala High Court on Monday asked the Centre and the Kerala and Karnataka governments to address the issue of blockade put up by Karnataka on roads bordering Kerala, preventing free movement of vehicles carrying essential commodities and ambulances. Hearing PIL The Bench comprising Justices A.K. Jayasankaran Nambiar and Shaji P. […]

KMC Hospital on Wednesday opened the centre for comprehensive knee and hip care at its B.R. Ambedkar Circle hospital unit. Talking to reporters, Yogeesh D. Kamath, the Consultant Knee and Hip Specialist Surgeon of KMC Hospitals, said patients will get all services for knee and hip joints under one roof. Surgery alone will not be […]

Safety corridor project to be completed by October 1

The safety corridor project that aims to develop the Pilathara-Pappinissery road under the Kerala State Transport Project (KSTP) into an accident-free highway will be completed by October 1. The ₹1.84-crore project, being implemented by the Kerala Road Safety Authority, was prepared on the basis of a comprehensive study conducted by the National Transportation Planning and […]