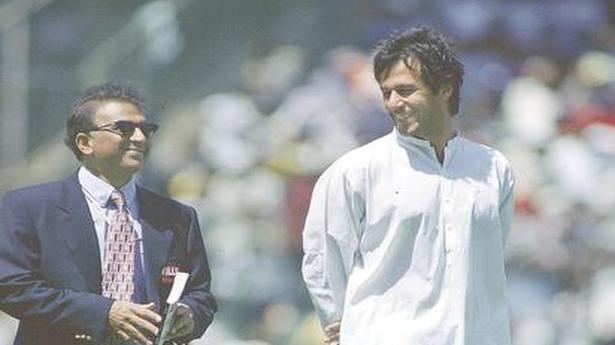 Pakistan Prime Minister Imran Khan’s latest remarks about a better chance for sub-continental peace if the Narendra Modi-led National Democratic Alliance (NDA) is elected back to power in India, have set tongues wagging on either side of the Wagah border.

Imran’s statements specific to his Indian counterpart are not in sync with the ground reality racked by the tensions unleashed through the terrorist attacks on jawans at Pulwama in Jammu and Kashmir and India’s subsequent retaliatory strikes in Balakot within Pakistan.

Was this a case of (to borrow a cricketing phraseology) reverse swing – hint at something but deliver the opposite? And there is no denying that in his prime as a fast bowler, Imran was an excellent purveyor of reverse swing, a skill he learnt from his seam partner Sarfaraz Nawaz, before they fell apart. While juxtaposing the current politician with the former cricketer, it is remarkable that the behavioural traits Imran is exhibiting now, largely ties up with the attributes he revealed as a sportsman, more than three decades ago.

Seen through cricketing lens, Imran’s latest remarks on him preferring a seemingly antagonistic NDA government back in power in India, has a synergy with what he professed as a player, about not being intimidated by anyone and that caters to his audience, both at home and abroad. As a player, Imran believed that he was second to none, be it in the Pakistan squad where Javed Miandad remained a close rival or against Clive Lloyd’s marauding West Indians.

Imran always wanted a strong rival. To joust against a fancied opposition and try and emerge on top, drove his cricketing journey. In 1987, as Sunil Gavaskar mulled about retirement, Imran told the great opener: “No way, we need to have one last tilt at each other.” The two tussled in the 1987 series in India and played the subsequent World Cup but could not contest against each other in cricket’s biggest stage as India and Pakistan crashed out in the semifinals at Mumbai and Lahore, respectively.

There is this anecdote about India’s 1982-83 tour of Pakistan. It was a Test series that Gavaskar’s men lost 0-3. The riches were the runs that Zaheer Abbas and Miandad plundered; the wickets that Imran prised out, and the ruins were restricted to the Indian batting, with only Mohinder Amarnath being an exception. A veteran cricket scribe met Imran. The Pakistan captain was upset about the allegations that his team played with 13 men unlike the regular format of fielding just 11. The insinuation was that the two on-field umpires also supported the home team.

Imran told the journalist: “Let the Indians play with 13 men.” Before the sports writer could react, the host captain quipped: “Even then we will beat you guys.”

Many years down the line, the scribe over a nostalgic evening, embellished with the clinking of beer mugs at a club inside Bangalore’s leafy environs, recalled: “Immy (Imran’s nickname) then laughed, a deep laugh, a laugh of supreme confidence!”

But grandiose remarks aside, Imran was too proud a man to let the umpiring slur taint Pakistan’s fine record at home. He became the first skipper, who championed the cause of neutral umpires and the International Cricket Council saw merit in his demand.

Minister for Municipal Administration and Urban Development Botcha Satyanarayana has said the Y.S. Jagan Mohan Reddy government is fulfilling all its promises and will take up several other welfare measures in future. Employees of the APSRTC felicitated the Minister, Vizianagaram MP Bellana Chandrasekhar, Vizianagaram MLA Kolagatla Veerabhadra Swamy and officials here on Wednesday in the […]

Kanna to lock horns with Rayapati

The BJP has finalised its State president Kanna Lakshminarayana and Mahila Morcha national in-charge Daggubati Purandeswari as the candidates for Narasaraopet and Visakhapatnam Lok Sabha (LS) constituencies on Thursday. Mr. Lakshminarayana is a five-time Congress MLA from his native Guntur district — four consecutive terms from Pedakurapadu Assembly constituency and once from Guntur West — […]

Virus creeps into 29 new areas of Indore in one day Source: thehindu.com Related