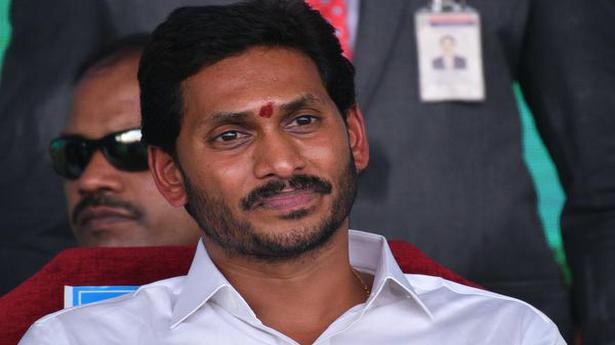 Noting that there were no impediments at all, the Andhra Pradesh Assembly on Tuesday adopted a resolution requesting the Centre to confer the special category status (SCS) with all financial benefits and industrial incentives without further delay.

It also asked the Union government to fulfil all provisions and assurances incorporated in the Andhra Pradesh Reorganisation Act, 2014, in letter and spirit.

The issue generated a heated debate as the ruling YSR Congress Party (YSRCP) blamed the Telugu Desam Party (TDP) for allegedly failing to secure the SCS, though the Centre had “indeed granted it”.

Chief Minister Y.S. Jagan Mohan Reddy, who moved the resolution, said the SCS was an “essential lifeline” and imperative to compensate the State for the economic and financial “deprivation” caused by bifurcation.

In the resolution, Mr. Reddy said, “The Union Cabinet that met on March 2, 2014, had resolved to accord the SCS to Andhra Pradesh and instructed the then Planning Commission to take expeditious action to implement the decision.”

The Assembly expresses its concern that due to lack of persuasion, the issue remained without any action in the Planning Commission until its abolition on January 1, 2015, when the Niti Aayog came into existence, the resolution said.

“The Assembly expresses its firm opinion that there are no impediments whatsoever to conferring [the] SCS on Andhra Pradesh,” it added.

Mr. Reddy pointed out that the State’s revenue deficit in the past five years had shot up by thrice the amount estimated by the 14th Finance Commission.

The Chief Minister pointed out that the Commission had estimated that the post-devolution revenue deficit during 2015-20 would be ₹22,113 crore and the revenue surplus for Telangana would be ₹1,18,678 crore for the same period.

“But, it’s a matter of deep concern that the revenue deficit in the past five years touched ₹66,362 crore,” he added.

The YSRCP president said while Hyderabad emerged as a “super-economic powerhouse” in the last few decades with software exports from the city alone touching ₹56,500 crore, the present Andhra Pradesh essentially remained an agrarian State with low economic buoyancy.

Mr. Reddy rued that the promises made in the Parliament during the State bifurcation in 2014 remained unfulfilled, leading to what he said was a great financial and social distress.

“The Assembly is concerned that the employment-generating potential has dropped so drastically that our children are leaving the State scouting for jobs,” Mr. Reddy said.

“The State requires super-specialty hospitals, five-star hotels, manufacturing industries, high-value service industries such as information technology, premier institutions of higher education and research to transform the economic architecture of Andhra Pradesh, which is possible only with the SCS,” the Chief Minister said.

Mizoram Chief Electoral Officer Ashish Kundra on Tuesday appealed to a conglomerate of civil societies and student bodies to reconsider its decision to boycott the April 11 Lok Sabha election in the State and observe indefinite bandh from April 8. The NGO Coordination Committee had on Monday said that it would boycott polls to the […]

Congress president Rahul Gandhi on Wednesday once again reiterated that he is no longer the party chief and the Congress Working Committee (CWC) should decide his replacement. “The party should decide quickly on the next president without any further delay. I am nowhere in the process. I have submitted my resignation and I am no […]

Feud in KC(M) rears its head after brief lull

With just a couple of days left for a court in Idukki to pronounce its judgement on the leadership dispute in the Kerala Congress (M), the stage is now set for another round of fireworks with a meeting of the party steering committee convened by Jose K. Mani mounting a full-scale attack on party working […]