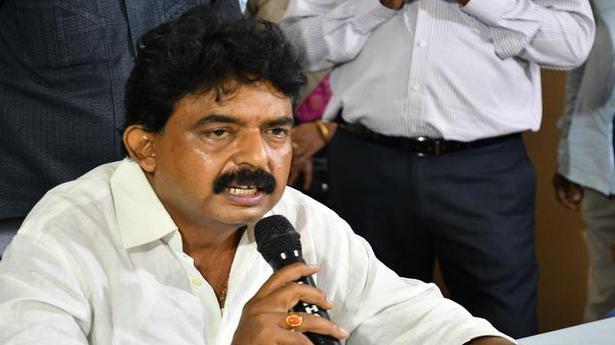 The Y.S. Jagan Mohan Reddy government in Andhra Pradesh has issued an order for taking legal action against “false, baseless and defamatory news”, restoring a controversial G.O kept in abeyance during his late father-led regime 12 years ago.

The old order delegated the power to the Information Commissioner for filing defamation cases against publishers and editors, but the latest order empowered the secretaries of the respective departments as well to proceed legally and initiate action following the due process of law.

Instances have come to the notice of the Government that certain print, electronic and social media are deliberately trying to tarnish the image of government and government officials by spreading false, baseless and defamatory news with malafide interest, Information Commissioner T Vijay Kumar Reddy said in the latest G.O.

The government hereby accords permission to delegate powers to the Secretaries of respective departments to issue rejoinders, file complaints and lodge appropriate cases, if need be, through public prosecutor against defamatory news items published/telecast/posted in print/electronic/social media pertaining to their respective departments after following due process of law, the order said.

Justifying the Cabinet decision, Information Minister Perni Venkataramaiah had on October 16 said adverse news would bring down the morale of the implementing agency, department and officer, which ultimately would lead to suboptimal performance and can hamper the progress of the State.

Opposition parties and media associations have strongly opposed the move to revive the controversial G.O.

Somnath Chavan, 32, a self-styled godman was arrested for allegedly raping five sisters in the 10-19 age group on the pretext of conducting a ritual to help them conceive as well as find hidden treasure in their house in Pimpri-Chinchwad, police said on Tuesday. According to the complaint lodged on Monday, the abuse took place […]