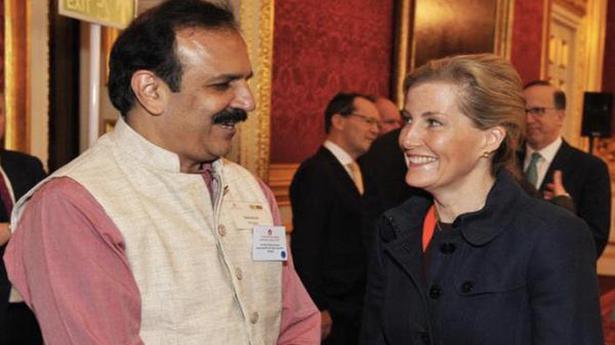 In a country reeling from acute poverty, cornea transplantation was a procedure that was unheard of until recently. Muna Elisante became the first cornea surgeon to perform 42 transplantations over the last one year to restore vision to impoverished Tanzanian nationals.

Trained by the Madurai-based Aravind Eye Hospital (AEH), under the aegis of the Queen Elizabeth Diamond Jubilee Trust, Dr. Elisante is among 42 ophthalmologists who have embarked on a mission to eradicate preventable blindness in 9 countries across Africa.

In Mozambique, there are 27 ophthalmologists for 27 million people, making it the country with the lowest doctor-patient ratio in the world. With official data revealing that at least 12,000 children were living with blindness and 45% of the population was under the age of 15, AEH trained the first paediatric ophthalmologist in Mozambique.

Dr. Vasco Da Gama, one of the ophthalmologists involved in the initiative, was flown to Madurai for a one-year course in paediatric ophthalmology. Since he would need a team, an ophthalmic nurse and refractionist were also brought in and trained for three months. The hospital also helped Dr. Gama devise a healthcare policy which was approved by the Mozambican government.

It all began about five years ago, when Queen Elizabeth pledged £7.5 million to philanthropy to commemorate her diamond jubilee year of ascension to the throne. The UK government made an equal contribution to the cause. A committee under the chairmanship of Sir John Major, which formed the Queen Elizabeth Diamond Jubilee Trust (QEDJT), decided to use the funds towards preventing blindness in the Commonwealth countries.

The primary objective of the programme was to train at least 100 medical professionals on long-term fellowships in the Commonwealth countries. Applications were screened by a committee, which included two Indians — Venkatesh Prajna, Academic Director, AEH, and Gullapalli Rao, Chairman of LVP Eye institute, Hyderabad. Selected candidates were provided fellowships to undergo training in other Commonwealth countries where a specific expertise was available. While Indian applicants were trained in countries like Canada and the UK, dozens of professionals from African countries were trained here.

“It is a proud moment that AEH, which is the largest eye hospital organisation in the world, trained 40% of the professionals in the field(s) of cornea, retina, instrument maintenance, ophthalmic photography and ophthalmic nursing. The Queen’s Office is very happy with the success of this programme, which also fits well with the vision of AEH to reduce blindness globally,” said Dr. Prajna.

Good quality eye care is in short supply for millions of people across the world, and the Commonwealth Eye Health Consortium is a group of highly respected eye health organisations and academic institutions which brings together a range of skills and capacities to deliver the integrated five-year programme of fellowships, research and technology, which will help strengthen eye health systems across the Commonwealth.

After AEH, the Ispahani Islamia Eye Institute and Hospital, Bangladesh, offered 24% of the fellowships, closely followed by the L.V. Prasad Eye Institute, Hyderabad, with 20%.

The scope of the training imparted by AEH and LVPEI goes beyond eye care professionals in the core area. Being successful organisations with a long history of serving impoverished populations using a self-sustaining model, these institutions have provided much-needed skills to the trainees, who have shown a keen interest in replicating the eye care models they have been familiarised with in their respective countries.

The British High Commission in New Delhi is organising an event on May 2 to celebrate the advances made in eye health in India, in the presence of Princess Sophie, the Countess of Wessex, who looks after the day-to-day functions of the trust.

The Supreme Court on August 23, 2019, asked the Uttar Pradesh government to pass orders within two weeks on extension of tenure of the special judge conducting trial in the 1992 Babri Masjid demolition case, involving BJP veterans L K Advani, M.M. Joshi and Uma Bharti, in Lucknow. A Bench of justices R.F. Nariman and […]

No PhD students in ISEC for two years

Since its establishment in 1972, the Institute for Social and Economic Change (ISEC) has positioned itself as one of the premier institutions not just in Bengaluru but across the country. However, since 2017 it has been struggling with student intake. For two consecutive academic years (2018–19 and 2019–20), there have been no PhD scholars admitted […]

A petition has urged the Supreme Court to restore 4G mobile Internet service in Jammu and Kashmir as, it said, doctors, patients and the general public were unable to access the latest information, guidelines, advisories, daily updates and restrictions on the COVID-19 pandemic. Also read: Coronavirus | Positive cases in Tamil Nadu rise to 309 […]