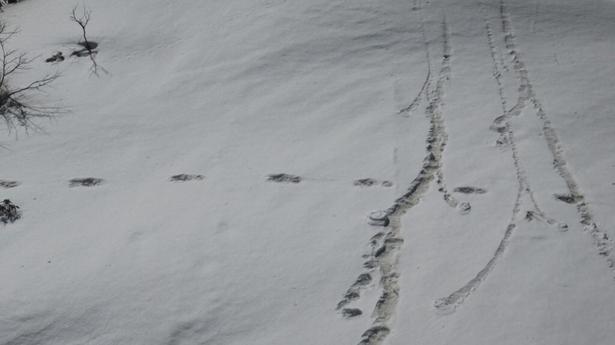 Indian Army claimed that one of its mountaineering teams has sighted the footprints of the Yeti, a legendary snow being believed to reside in the Himalayas.

“For the first time, an Indian Army mountaineering expedition team has sited mysterious footprints of mythical beast ‘Yeti’ measuring 32×15 inches close to Makalu base camp on 09 April 2019. This elusive snowman has only been sighted at Makalu-Barun National Park in the past,” the Army’s Additional Directorate General of Public Information (ADG PI) said in a tweet on Monday night along with couple of images of footprints in ice. The Army is expected to release some photos and videos on Tuesday in support of the claim.

An Army source said the claim was based on physical proofs including “on-the-spot narration, photos and videos”.

According to Nepali folklore, the Yeti is a mythical ape-like creature that resides in the Himalayas, Central Asia and Siberia.

“We got the inputs about 10 days back and yet we held on to it,” the source said adding, “But then we decided that there are photographic evidences which match with earlier theories.”

About the scientific community being consulted to look into the matter, the source added, “Evidences have been photographed and handed over to subject matter experts.”

The Kerala police have sought more information on Nimisha Fathima, a Keralite, who is suspected to be among a group of Islamic State (IS) fighters who are in the custody of Afghanistan law enforcement in Khorasan province. Officials said Fathima and her husband, Isa alias Bexin Vincent, had converted to Islam in 2015, got radicalised […]

Prime Minister Narendra Modi on November 26 thanked the Israeli leadership for their wishes on Constitution Day, saying the two countries share and value the same principles of democracy. Israel President Reuven Rivlin and Prime Minister Benjamin Netanyahu wished India on Constitution Day in tweets. On this day in 1949, the Constituent Assembly had adopted […]

Free parking at railway station to be restricted to 5 minutes

A new system is being put in place at the Secunderabad railway station to prevent people from parking vehicles for an inordinately long time in the circulation area. Presently, keeping the vehicle inside the premises for pick-up or drop purposes is free for five minutes. But as per the new system, staying in the circulation […]