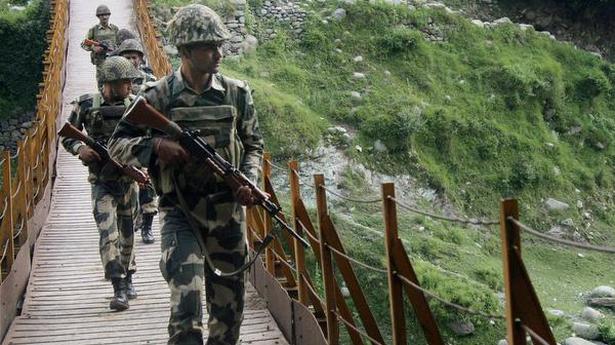 An Army personnel was killed on March 24 in firing by Pakistani troops along the Line of Control (LoC) in Jammu and Kashmir’s Poonch district, officials said.

They said the cross-border firing started in Shahpur and Kerni areas of Poonch around 5.30 p.m. on March 23 and it continued intermittently through the night.

The Indian Army retaliated strongly but the casualties suffered by Pakistan were not known immediately, the officials said, adding Pakistani troops used mortar and small arms to target forward posts and villages.

The soldier was critically injured around 4 a.m. in the firing and was immediately taken to the military hospital, the officials said. They said he succumbed to injuries, taking the number of Army personnel killed in the last four days to two.

The year 2018 witnessed the highest number of ceasefire violations — 2,936 — by Pakistani troops in the last 15 years along the Indo-Pak border.

Pakistan continues to violate the 2003 ceasefire agreement with India despite repeated calls for restraint and adherence to the pact during flag meetings between the two sides.

Haryana Chief Minister Manohar Lal Khattar on Thursday said the salary of doctors, nurses, paramedical and all other staff working in COVID-19 hospitals would be doubled. According to an official statement, the Chief Minister said all arrangements for providing PPE kits, medicines and ventilators are satisfactory in all the government hospitals and medical colleges. “All […]

With the demand for drinking water already up on account of the summer, the Kerala Water Authority (KWA) is making additional arrangements to ensure adequate supply for the thousands who will converge on the city for the Attukal Pongala on Monday. The KWA has installed 1,270 temporary taps in the city in view of the […]

The election to the East Tripura Loksabha constituency, which was earlier postponed, was held on Tuesday amid high security. The polling was peaceful except a few stray incidents and allegations of security excesses in some places. To ensure free and fair polls, the Election Commission has appointed Special Poll Observer Vinod Zutshi, a Special Police […]