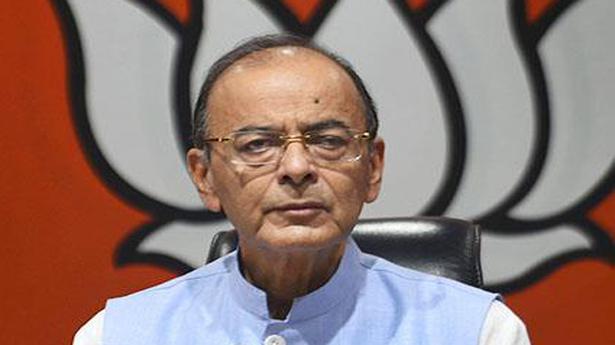 Union Finance Minister Arun Jaitley on Thursday said Article 35A was a piece of legislation that was “constitutionally vulnerable” and coming in the way of economic development of Jammu and Kashmir.

In a blog entitled “The Rule of Law and the State of Jammu and Kashmir”, Mr. Jaitley said the seven-decade history of the State confronts changing India with several questions, adding that most Indians now believe that the “Nehruvian course” was a “historical blunder”. “Does our policy today have to be guided by that erroneous vision or an out of box thinking which is in consonance with ground reality?” he queried.

Giving a background of Article 35A, a legislation that places restrictions on non-permanent residents buying property in Jammu and Kashmir, Mr Jaitley alleged said the act had been “surreptitiously” included by a presidential notification in the Constitution in 1954. Article 35A, he said, was neither a part of the original Constitution framed by the Constituent Assembly, nor did it come as a Constitutional Amendment under Article 368 of the Constitution which requires an approval by two-third majority of both Houses of Parliament.

The annual pilgrimage to the holy Amarnath cave shrine in south Kashmir concluded on August 15 in a subdued ceremony with about 3.39 lakh pilgrims offering prayers at the naturally-formed ice-shivalingam this year. With the arrival of the ‘Charri Mubarak’, the holy mace of Lord Shiva, at the Himalayan shrine on Shrawan Purnima on August […]