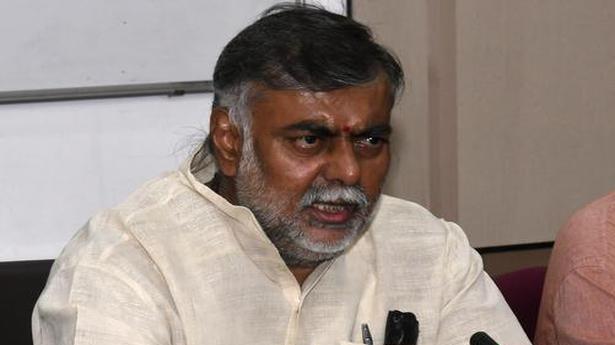 Hours after the Supreme Court paved the way for the construction of a Ram temple at the disputed site in Ayodhya and ordered an alternate site for a mosque, Union Culture Minister Prahlad Singh Patel said on November 9 that the Archaeological Survey of India (ASI) reports cited in the judgment would be made public soon.

Addressing the media at his residence in New Delhi, Mr. Patel said the ASI reports had been the court’s property so far, but would soon be presented to the world in the form of a book.

The apex court accepted the ASI’s findings that the Babri masjid had not been constructed on vacant land and that there was a pre-existing structure.

The ASI, however, did not say that a temple had been demolished to build the mosque.

AMMK propaganda secretary Thanga Tamilselvan, who joined the DMK on Friday, said party leader M.K. Stalin had distinct leadership qualities and was capable of taking bold decisions. “He has proved the dictum of Anna that the flowers of the rival camp also have fragrance. He does not nurture animosity and it is explained by the […]

A woman was killed and three others injured after a pick-up van carrying them collided head-on with a truck in Bihar’s Begusarai district on Sunday morning, police said. The incident happened on NH 28 near Malti village under the jurisdiction of Phulwariya police station of the district, the police said. Truck driver flees While the […]