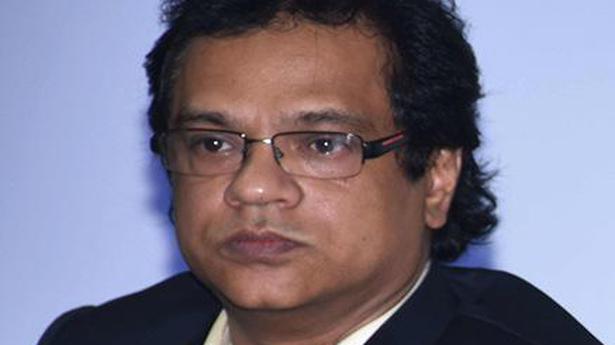 An organisation of Assamese Muslims has lodged an FIR against Prateek Hajela, the Coordinator of Assam’s National Register of Citizens (NRC), for producing a “farcical” document after a colossal expenditure.

“The final NRC is a bhekubhaona (farce) and a waste of time and resources. It is full of anomalies with three members of a family in and two members out, armed forces personnel excluded, one son in and another out despite using the same legacy data. This shouldn’t have happened at least to the original inhabitants of the State,” a spokesperson of the organisation said on Wednesday.

The complaint against Mr. Hajela had been filed so that the government probed the entire process of the NRC updating exercise, the spokesperson said.

Inspector Upen Kalita, in charge of the police station, confirmed the registration of the FIR. “The subject is that many people have been excluded from the NRC intentionally,” he said.

Other organisations too have upped the ante against Mr. Hajela. The All Assam Bengali Yuba-Chhatra Parishad has demanded his arrest and removal as the State NRC Coordinator for producing a “faulty” document that omits many “genuine Indians” and includes “foreigners”.

“More than 90% people excluded from the NRC are Hindus, and for this the State Coordinator is solely responsible,” the association’s president Swapan Kumar Mandal said.

After the Bharatiya Janata Party, the ruling regional ally Asom Gana Parishad (AGP) has asked the Supreme Court to let the documents of the people included in the NRC be re-verified.

“The final list falls way short of the perception that there are more than 50 lakh foreigners in Assam. The final NRC has not made the people hopeful about an Assam free of illegal immigrants,” AGP president and Agriculture Minister Atul Bora said.

The Muslim Kalyan Parishad too has demanded re-verification. “The indigenous people are not happy with the final NRC. It has insulted the sentiments of the local people and is thus not acceptable,” the organisation’s president Rahamsa Ali said.

A RTI activist and leader of an anti-liquor movement Abhimanyu Panda, 54, was shot dead in broad daylight at Baliguda in Odisha’s Kandhamal district on Tuesday. According to police sources, the incident occurred on Tuesday morning near Patra Street under Baliguda police station limits. The victim was standing in front of his house, when two […]

Private buses in Dharmapuri to ply between 5 a.m. to 9 p.m.

Dharmapuri Bus Operators Association has announced that private buses would be operated from Wednesday in compliance with government guidelines, such Source: thehindu.com Related

About 400 persons, who allegedly faced harassment by the ruling YSRCP, poured their woes at former Chief Minister N. Chandrababu Naidu at the party review meeting held here on Tuesday. The families accused the YSRCP of subjecting them to severe harassment post general elections. The party released a list of 32 victims, who were either […]