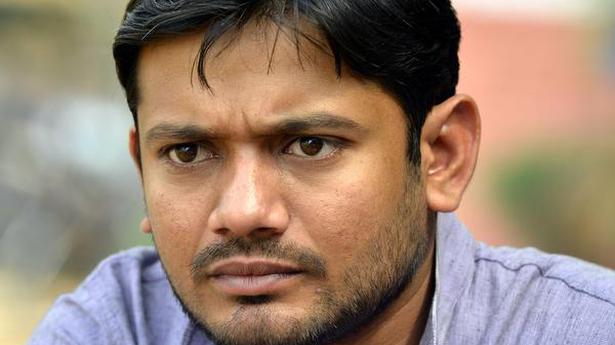 The Delhi Police on Monday told a court in New Delhi that authorities were yet to give requisite sanctions to prosecute former Jawaharlal Nehru University (JNU) students’ union president Kanhaiya Kumar and others in a 2016 sedition case.

On January 14, police had filed a charge sheet in the court against Mr. Kumar and others, saying he was leading a procession and supported seditious slogans raised on the JNU campus during an event on February 9, 2016.

Chief Metropolitan Magistrate Deepak Sherawat told the police that they could have filed the charge sheet after procuring the sanctions.

“You [police] could have filed after procuring sanction only. What was the hurry? I can go ahead with the case,” the judge said

Police told the court that it would take two to three months to procure the sanctions.

The court also sought a report from the Deputy Commissioner of Police assigned to the case.

It posted the matter for further hearing on March 29.

The court had earlier also directed the police to ask the authorities concerned to expedite the process while granting it three weeks to procure the sanction needed to prosecute Mr. Kumar and other accused, including former JNU students, Umar Khalid and Anirban Bhattacharya, in the case.

Several persons, including a two-year-old, died after allegedly inhaling poisonous gas leaking from a chemical factory in Sitapur, police said. The incident was reported from a village in the Biswan area of the district. All the dead originally belong to Kanpur district, police said. Superintendent of Police, Sitapur, L. R. Kumar said prima facie the […]

Vice-President M. Venkaiah Naidu released a monograph, ‘Musical Excellence of Mridangam’, a rare fusion of art and science of an ancient South Indian instrument on the CSIR-Central Leather Research Institute (CLRI) campus in Chennai on Tuesday. The book, an outcome of research and development on standardisation of fabrication, tonal characterisation and new innovations in design […]