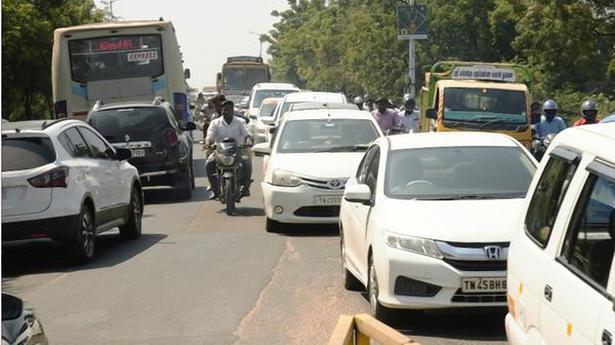 Speeding and reckless driving on the Chengalpattu-Tiruchi National Highway would soon be a thing of the past, as the Tamil Nadu government is planning to put in place an unmanned automated system to track such vehicles on a trial basis.

Presently, violations are captured manually by the Tamil Nadu Home (Transport) Department. Once the system is implemented, violations would be detected and e-challans would be automatically sent to owners of these vehicles.

Since face recognition would be part of the system, officials say it would also help investigating agencies solve other crimes. “With this unmanned automated system, which will work both during day and night conditions without manual intervention. It will definitely reduce the road accidents and improve the road manners of drivers. We are planning to install cameras in 56 locations between Chengalpattu and Tiruchi,” Transport Department officials said.

The government is aiming at an integrated system that would be able to capture the face of the driver in the speeding vehicle, which could also help in tracing stolen vehicles. The Transport Department is planning to rope in the Police Department and the National Highways in this project, which is expected to be implemented in the next few months. Offences such as not wearing seat belt, carrying passengers in goods vehicle, unauthorised parking on the roadside and non-renewal of FC and non-payment of tax would be included when indicated by this department from time to time. The integrated system would have a 3D Doppler radar and automatic number plate recognition cameras. A control room would be set up, most likely in Chennai, to monitor the system, they said.

With just about 10 days to go for the lockdown to end on May 3, Maharashtra urged the Union government to plan and resume railway services for several lakh migrant labourers who want to return home. In a letter to Minister for Railways Piyush Goyal on Thursday, Deputy Chief Minister Ajit Pawar warned of a […]

To improve coordination between different agencies and enable better conviction rates, the Standard Operating Procedures for Protection of Children from Sexual Offences (POCSO) Act, 2012, said to be the first of its kind in the country, was released here on Sunday. Published by the Karnataka State Commission for Protection of Child Rights (KSCPCR), the SOPs […]