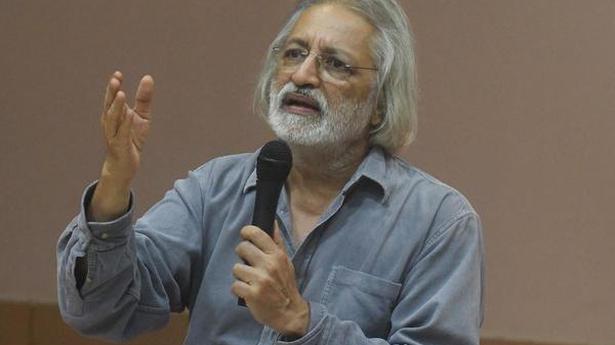 Expressing his ire over the demand for dead bodies in the Balakot airstrike, film-maker Anand Patwardhan said here on Sunday that such a demand was ‘medieval’.

During an interaction following the screening of his new documentary film Reason/Vivek at St. Aloysius College, Mr. Patwardhan said that both supporters of the strike and those demanding proof of it are becoming blood-thirsty. “It is just like the demand in the medieval period for heads of people killed in a war,” he said.

Pressing for de-escalation, Mr. Patwardhan said that there could be no winner in a war between two nuclear-powered countries. “It can go out of hand in a short span and destroy the planet,” he said while expressing the dire need for dialogue between the heads of the two countries.

Rather than making the film, Mr. Pathwardhan said it was challenging for him to take his films to people. “I went to court to get clearances for screening of my seven films,” he said and added that democratic institutions helped him take Ram Ke Naam and other documentary films to people.

But today, he said, he did not have the option of screening Reason/Vivek as democratic institutions face threat from the ruling government. “One could at least embarrass the governments in the past. But, one cannot do so now, as the government is unapologetic about all its wrong moves and inaction,” he said.

The Enforcement Directorate on Wednesday conducted searches against a company and its related entities in Chhattisgarh in connection with a bank fraud running into crores. The searches were part of the probe on the basis of an FIR registered by the Central Bureau of Investigation in December 2018. The CBI had lodged the case on […]