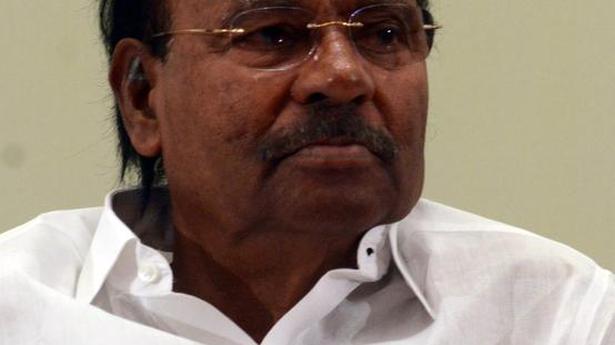 PMK founder S. Ramadoss on Sunday demanded a ban on the video game PUBG (PlayerUnknown’s Battlegrounds), which is hugely popular among the youth.

In a statement, Dr. Ramadoss said the game, which was launched in March last year, had become popular among youngsters in cities and villages alike. Arguing that PUBG normalised violence and killings in people’s minds, he claimed it will have a negative impact on youngsters. “The symptoms of PUBG are already becoming apparent. Students are not studying properly, and the psychological impact [of the game] is evident. Experts are already recommending a ban on the game,” he said.

Dr. Ramadoss urged the State government to ban the game and recommend that the Central government did the same.

A PDP delegation from Jammu will meet party president Mehbooba Mufti, who is currently under detention in Srinagar, on Monday, October 7, 2019 a senior party leader said. The announcement comes on a day a 15-member delegation of National Conference from Jammu met their detained party president Farooq Abdullah and vice president Omar Abdullah in […]

Donning face masks and gloves, 42 trainee officers were on Friday commissioned into the world’s largest paramilitary, the Central Reserve Police Force, after a ‘webinar’ passing-out parade held amid the COVID-19 outbreak. Union Minister of State for Home G. Kishan Reddy and CRPF chief A.P. Maheshwari addressed the young officers, seated in an auditorium at […]