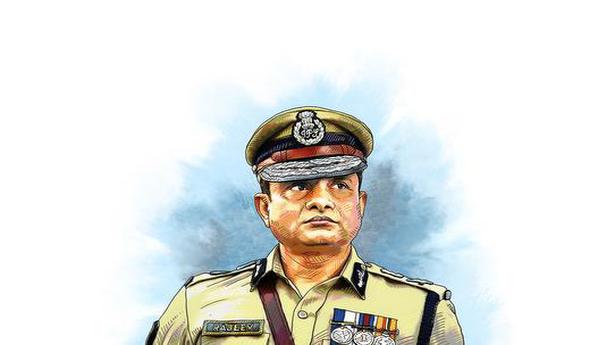 The West Bengal government told the Supreme Court on Wednesday that the CBI’s plea for the custodial interrogation of former Kolkata Police Commissioner Rajeev Kumar in a ponzi scam case was a “political game”.

“The whole episode is a political game to keep the pot boiling and paint people black,” senior advocate A.M. Singhvi, for the State government, submitted.

But Solicitor-General Tushar Mehta, for the CBI, denied the allegation. He said the agency had evidence that Mr. Kumar had suppressed crucial evidence like call data records (CDRs) and connived with the accused in the Saradha chit fund scam case. The agency handed over to a Bench, led by Chief Justice Ranjan Gogoi, two sealed covers containing case records.

The agency said a comparison of the CDRs given by Mr. Kumar to the CBI after the probe was transferred to it from the police and the ones collected by the agency from the telecom service provider showed that the former records were “tampered with”.

The CBI alleged that both “big ponzi” Saradha and Rose Valley companies were “flourishing” when Mr. Kumar served at the Commissioner of Police at the Bidhan Nagar Police Commissionerate from 2012 to 2015.

Mr. Kumar was the functional head of the Special Investigation Team (SIT) that probed the scams before the Supreme Court handed over the investigation to the CBI in May 2014. The agency said Mr. Kumar, as the head of the SIT, was prima facie involved in criminal activities that constituted offences under the Prevention of Corruption Act and the Indian Penal Code. While the investigation was done by the SIT, “crucial original, primary and fundamental evidence” such as laptops and mobile phones were handed back to the main accused in the Sharada scam case by the investigating officer working under his supervision, the agency said.

Mr. Kumar has said in an affidavit that the allegations raised against him in the Saradha scam case is part of a “larger conspiracy” by BJP leaders Mukul Roy and Kailash Vijayvargiya.

The Punjab government has appointed six Minister-rank advisors to Chief Minister Amarinder Singh, a move termed by the opposition BJP as an attempt to circumvent the constitutional cap on the size of State’s Cabinet. The development is also being seen as an attempt to placate those who failed to get a berth in the last […]

Taking a serious view of the restrictions imposed under Sec.30 of the Police Act and Sec.144 of Criminal Procedure Code in the capital villages, the High Court directed the Advocate General (AG) of Andhra Pradesh (A.P.) to file an affidavit by January 17 explaining the circumstances that led to the crackdown on farmers and women […]

The Bharat Bandh called by Bahujan Kranti Morcha against CAA, NRC and NPR, received good response in the city on Wednesday. Most of the business establishments, shops, vegetable market, APMC and some of the private educational institutions remained closed as part of the protest. Though some private schools declared a holiday, they had already said […]