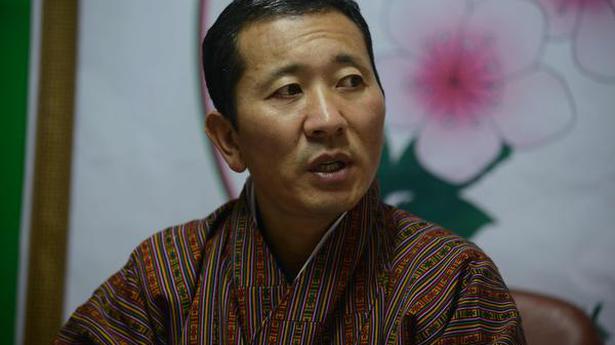 Reports showing the construction of a Chinese village inside sovereign Bhutanese territory is incorrect, the envoy of Bhutan has told The Hindu. The statement from Ambassador Vetsop Namgyel came a day after sections of the Indian media reported the presence of a Chinese-built village approximately 2 km inside the Bhutanese border.

“There is no Chinese village inside Bhutan. Satellite images show some settlement near the standoff point (Doklam). The village is not on the Bhutanese side,” said Ambassador Namgyel, emphasising that the settlement is near the site of 2017 confrontation between Indian and Chinese troops on the Doklam plateau. The military confrontation, which was triggered by detection of Chinese construction near the India-Bhutan-China trijunction, lasted for approximately 70 days but the details of the ultimate withdrawal of the Chinese troops and heavy machinery remained sketchy.

Private news broadcaster NDTV had reported on Thursday that the Chinese have built a residential area and named it “Pangda village”.

The settlement consists of a neat housing locality, clean roads and other amenities next to a stream. The presence of the Chinese village is the first time since 2017 that a Chinese residential area has been noticed near the Doklam region which is strategically important for India.

In recent months, India has maintained close coordination with Bhutan and has included the Himalayan country in plans for containment of the COVID-19 pandemic.

Launching the second phase of the RuPay card in Bhutan electronically on Friday, Prime Minister Narendra Modi assured his Bhutanese counterpart Dr. Lotay Tshering that meeting Bhutan’s requirements will be given “top priority” by India. The card will increase the domain of digital transactions in Bhutan.

“I want to assure, that in this difficult time, we are standing with Bhutan and your requirements will always receive highest priority from us,” Mr Modi said, adding that Bhutan will be a “full partner” in the RuPay network.

Bhutan was the second country to accept the RuPay card after Singapore. It is understood that during the second phase, Bhutanese banks will be able to issue RuPay cards for Bhutanese citizens.

With the announcement of a five-phase Jharkhand Assembly elections from November 30 to December 20, the BJP is girding itself for not only a campaign that will be akin to a man-to-man marking but also one that will reflect the impact of the recent Maharashtra and Haryana polls. In Haryana and Maharashtra, the BJP projected […]

The Asian Development Bank (ADB) has agreed to advance a loan of US $206 million to develop water supply and sewerage infrastructure in Tiruchi and other cities in Tamil Nadu and strengthen the capacities of urban local bodies (ULBs) for improved service delivery in the state. The Centre signed an agreement with ADB in New […]