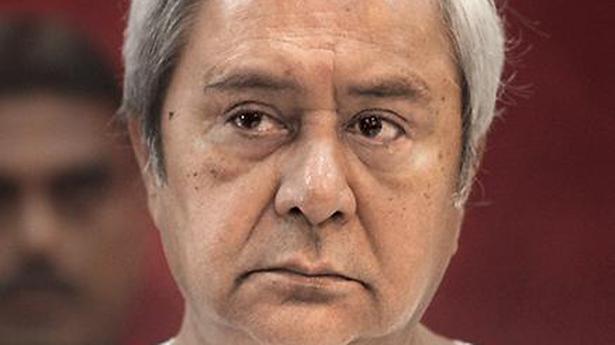 Candidates of the three major political parties in Odisha — Biju Janata Dal (BJD), Bharatiya Janata Party (BJP) and Congress — filed their nomination papers for the Bijepur Assembly bypoll on Monday, the last day of the exercise.

The nominees — Rita Sahu of the BJD, Sanat Gartia of the BJP and Dillip Panda of the Congress –— went in procession one after another and submitted their papers before the Returning Officer at the Sub-Collector’s office in Padampur.

The bypoll was necessitated after Chief Minister and BJD president Naveen Patnaik vacated Bijepur and retained the Hinjili seat in his home district Ganjam in south Odisha. He had won from both the seats in the Assembly elections held simultaneously with the Lok Sabha polls earlier this year.

Ms. Sahu had won from Bijepur as a BJD candidate in 2018 by a margin of over 41,000 votes when a bypoll was held in the constituency following the death of her husband and then Congress MLA Subal Sahu.

BJP nominee Mr. Gartia had unsuccessfully contested from Bijepur in the last Assembly election. He was defeated by Mr. Patnaik by a margin of over 57,000 votes.

Congress nominee Mr. Panda, who is vice-president of the Bargarh unit of the party, is contesting Assembly election for the first time.

The constituency is all set to witness a triangular fight among the three parties as has happened in the last two polls. The BJD stands at an advantageous position since the Chief Minister is likely to campaign in Bijepur. While announcing Ms. Sahu’s name as his party’s nominee on Saturday, Mr. Patnaik had said that Bijepur will continue to be a focus constituency for him.

The bypoll is scheduled for October 21, when more than 2,32,000 voters will exercise their franchise in 285 polling booths. The counting of votes will be done on October 24.

223 of the fresh cases due to local transmission Source: thehindu.com Related

There will be no jihad in the name of love, says Chief Minister Shivraj Singh Chouhan Source: thehindu.com Related

Curfew remained in force in Kishtwar town of Jammu and Kashmir for the fifth day on Saturday after an RSS leader was shot dead by militants in the communally-sensitive region earlier this week, officials said. Internet services continued to be suspended as a precautionary measure in the district, but were restored in nearby Doda and […]