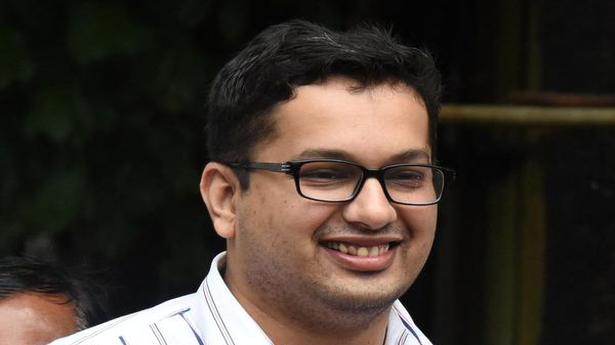 Done with two Lok Sabha elections and three Assembly bypolls on April 23, the BJP and the Congress are gearing up for the May 19 election to the prestigious Panaji Assembly seat that fell vacant following the demise of former Chief Minister Manohar Parrikar. Parrikar died on March 17 after a prolonged battle with pancreatic cancer.

The Congress on Wednesday formally announced former Education Minister Atanasio Monserrate as its candidate. He joined the Congress recently.

And in the case of the BJP, Parrikar’s elder son, Utpal, is the front runner as its candidate. He had expressed his readiness to further his father’s “legacy”. After Parrikar’s death, Mr. Utpal and his brother Abhijat, in a public message, said they would like to further their father’s legacy towards the State and the nation.

In a recent interaction with media, Mr. Utpal (38) said he was willing to take on any responsibility which the BJP offered. He had campaigned extensively for BJP’s North Goa MP and Union Minister of State for AYUSH Shripad Naik in the Lok Sabha election and party’s candidate for the Mapusa bye-election on April 23.

Mr. Monserrate, who had been in and out of the BJP, the Congress and other regional outfits, recently resigned from the ruling Goa Forward Party, which is a part of the BJP-led alliance, to join the Congress.

Last year, he was charge-sheeted for allegedly raping a minor girl. He had also been booked for extortion and has a police case for the attack on a city police station with a mob when he was a MLA.

Sources in the BJP said the process of selection of the candidate for the Panaji bypoll was on.

“We have a process in place for the selection of a candidate. And now that the elections are over, we are starting it now,” Goa BJP president Vinay Tendulkar said.

The party sources said a series of meetings had started in this regard.

Parrikar was first elected to the Panaji seat in 1994 and retained it till 2014, when he was elevated as Defence Minister. On his return to State politics in 2017, he won the bye-election to the seat and continued as Chief Minister till his death on March 17.

Mr. Siddarth Kuncolienkar, a former aide of Parrikar who won the seat twice during the latter’s absence in Goa — first in the bye-election after the latter’s resignation as Chief Minister and the second time in the 2017 Assembly elections only to vacate it when the latter returned as Chief Minister to head the government post 2017 Assembly polls, is the only other contestant in the race.

Besides the BJP and the Congress, the Aam Admi Party and the regional outfit headed by former Goa RSS chief Subhash Velingkar are also in the fray for the Panaji bypoll.

Chinmayanand case: SC directs UP to set up SIT to look into woman’s allegations

The Supreme Court on Monday directed the Uttar Pradesh government to set up SIT headed by IG-rank officer to look into the charges levelled by a Shahjahanpur woman law student, who had gone missing after accusing former Union minister and BJP leader Swami Chinmayanand of harassment, and was found in Rajasthan. The woman was produced […]

A constitutional outrage was committed by the Central government on August 5 by abrogating Article 370 and 35 A in Jammu and Kashmir (J&K) and dividing the State into two Union territories, said Human Rights Forum Andhra Pradesh and Telangana Coordination Committee member VS Krishna. He claimed that the lockdown in the State has pushed […]

Body-builder in Ganjam triumphs over disability

Despite losing both his legs in an accident, Gadadhar Sahu (26) of Odisha’s Ganjam district is preparing to make his mark in the field of body-building. The physically challenged youth from a Below Poverty Line (BPL) family of Narendrapur village under Shergarh Block has shown exemplary courage in fighting the odds. He has completed his […]