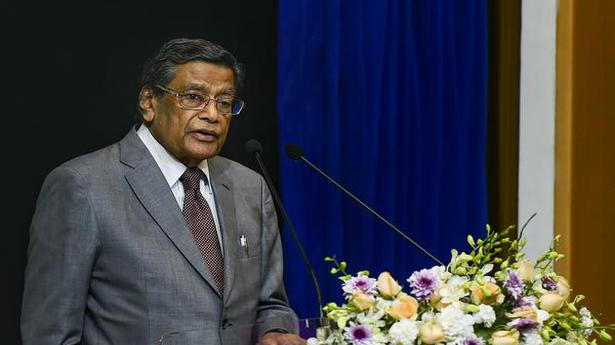 The Congress and the BJP on Friday sparred over Attorney General K.K. Venugopal’s assertion on Friday that the Rafale documents were not stolen from the Defence Ministry.

Reacting to Mr. Venugopal’s remarks, BJP president Amit Shah launched a scathing attack on Congress president Rahul Gandhi saying: “Lies and Rahul Gandhi are synonymous. In this chain, he had yesterday said Rafale’s documents have disappeared from the Defence Ministry, but today it has become clear that no documents had disappeared. Another lie of Rahul Gandhi is in front of the public.”

On the Rafale issue itself, Mr. Gandhi had spoken over a dozen lies, Mr. Shah claimed.

Reacting to the AG’s clarification, Congress’s chief spokesperson Randeep Surjewala said the government whose Attorney General did not know the difference between theft of Defence Ministry files and photocopies was claiming that the country was in safe hands. “Art of serving hundred lies to hide one truth! Yesterday in Supreme Court — Rafale files have been stolen. Today — Photocopies of Rafale files have been stolen,” he tweeted. “Modi ji, What’s the ‘duplicity’ for tomorrow? Now every impossible lie is possible,” he said.

Mr. Venugopal’s comments in the apex court on Wednesday that Rafale fighter jet deal documents had been stolen caused a political row. Mr. Gandhi targeted the government over theft of “such sensitive papers” and sought a criminal investigation.

Qureshi writes to Jaishankar; offers talks on ‘all important matters’

Pakistan Foreign Minister Shah Mehmood Qureshi in a letter to his new Indian counterpart S Jaishankar on Friday said that Islamabad wants talks with New Delhi on “all important matters” and remains committed to efforts for establishing peace in the region. Mr. Qureshi wrote the letter to Mr. Jaishankar to congratulate him for taking over […]

Two unidentified militants were killed in an encounter with the security forces in Jammu and Kashmir’s Anantnag district on Thursday, police said. Acting on inputs, a cordon and search operation was launched at Bagender Mohalla in Bijbehara area by the police and the security forces, a police official said. The militants fired upon the search […]