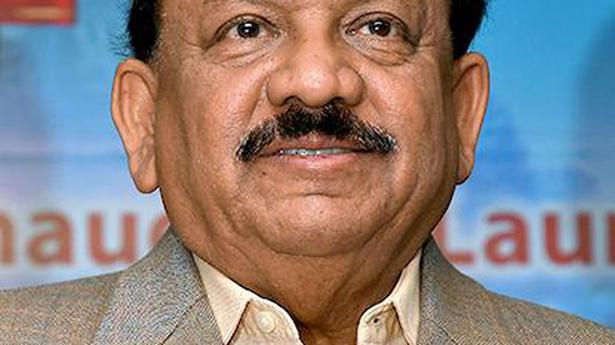 The Bharatiya Janata Party on Sunday fielded four of its sitting MPs from Delhi for the Lok Sabha election scheduled for May 12.

Party insiders claimed that the names of the remaining candidates — to be fielded from the North-West, East and New Delhi seats, where AAP and Congress may contest the Lok Sabha poll together — were deliberately withheld as the BJP is awaiting clarity on the proposed alliance between AAP and the Congress.

“We will field sitting MPs on the remaining three seats if there is no alliance; if the alliance does go through, fresh faces are more than likely to be fielded,” the leader added.

“The party is willing to wait even till Tuesday, the last day for filing of nominations,” a party source said.

Dr. Vardhan, Mr. Tiwari, and Mr. Verma will file their nomination papers on Monday. Mr. Bidhuri will do so on Tuesday, the party said.

Of the three main parties in Delhi, AAP has declared the names for all the seven seats while the Congress is yet to announce its candidates. Both the parties are engaged in hectic parleys on a pre-poll tie-up to avoid division of votes.

A day before Union Home Minister Amit Shah’s visit to the city, the office of West Bengal Governor Jagdeep Dhankhar on Saturday made public its communication to the State government about the “misuse of funds” for the protests against the Citizenship (Amendment) Act (CAA). A February 4 communication from the Special Secretary, Raj Bhavan, to […]

Former Finance Minister Yanamala Ramakrishnudu has said that the YSR Congress Party government’s actions are driving away investments, scuttling the rise in revenues and closing employment avenues, and thereby damaging the economy, and warned that people will one day take to the streets in protest against the “retrograde measures.” Chief Minister Y.S. Jagan Mohan Reddy […]