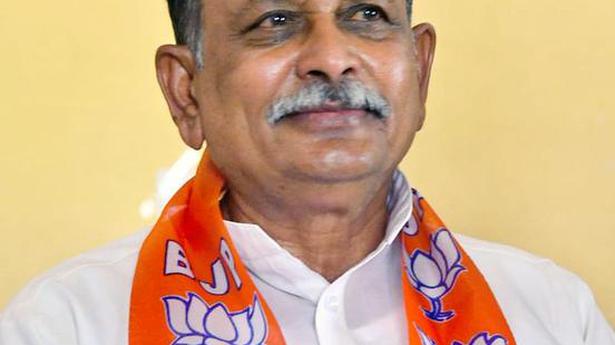 The smile on the face of the Congress after it regained its lost citadel — Ballari Parliamentary Constituency — has turned into a scowl within six months.

For, it was confident of retaining the seat, which it had wrested from the BJP after 15 years when V.S. Ugrappa emerged victorious in the by-elections about six months ago (November 2018) by a thumping majority (2.43 lakhs). Added to that were the six Assembly segments held by it.

In contrast, the Congress suffered a severe set-back in the just concluded elections to the Lok Sabha when the BJP gained considerable lead in at least three Assembly segments held by the Congress and in Kudligi, held by BJP (22,262).

BJP candidate Y. Devendrappa polled a total of 6,16,388 votes defeating the Congress candidate [Mr. Ugrappa] by a margin of 55,707 votes.

However, the Congress managed to secure a small lead of 4,234 votes in Ballari city held by the BJP.

In the by-elections, the Congress had secured lead in all the eight Assembly segments, including the two held by the BJP, to poll a total of 6,12,000 votes.

In the May 2019 elections, 1.71 lakh more voters had exercised their franchise compared to the total votes polled in the by-elections held in 2018. Ballari Parliamentary Constituency recorded 69.59% polling having a total electorate of 17.51 lakh voters in this elections.

The higher turnout in this elections, which had also given room for guessing as to who — Mr. Ugrappa of the Congress or Mr. Devendrappa of the BJP — would be the beneficiaries, seems to have gone in favour of the BJP. In the by-elections, the BJP candidate had polled 3.85 lakh votes and now it has become double — 6.16 lakh.

Ahead of Lok Sabha polls, five IPS officers made DGPs in Tamil Nadu

Hours ahead of announcement of the poll schedule to the Lok Sabha elections, the Tamil Nadu government on Sunday promoted five IPS officers to the rank of Director General of Police (DGP). The move comes amidst uncertainty over the norms for empanelling officers to the post of DGP/head of police force. With the Supreme Court […]

There has been improvement in the health of the lone person who tested positive for COVID-19 in Dharwad district and the recent test result has turned out to be negative, Minister for Large and Medium Industries and district-in-charge Jagadish Shettar has said. He was speaking to presspersons at Kittur Chennamma Circle in Hubballi on Thursday […]