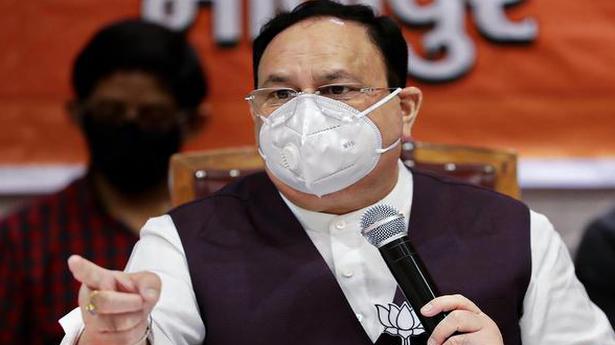 Party wishes to “engage the young people by letting them know that we believe in them and more importantly we need them”.

Launching the Twitter handle, and Instagram and Facebook pages of the Jammu and Kashmir BJP, Mr. Chugh said, “BJP wants to have an impact and wants the people to join them in the mission J&K”.

Mr. Chugh said the “party can change the way the young generations are learning about our country”.

“Finding solutions is essential if people of J&K want to make most of our caring (sic). The BJP wants to engage the young people by letting them know that we believe in them and more importantly we need them,” he added.

Mr. Chugh said the BJP has been for the last several years engaging aggressively with the leaders of the Union Territory to convey that the party wants nothing more than a stable, prosperous and peaceful Jammu and Kashmir.

“The party will work in J&K to eradicate the extremism that is considered as cancer and that can potentially engulf the whole country,” he said.

Rajasthan Governor Kalyan Singh on Monday found himself in the middle of a controversy after his remarks supporting Prime Minister Narendra Modi’s return to power in the Lok Sabha election came to light through a video footage. The video purportedly showed Mr. Singh telling reporters that the nation and society needed Mr. Modi to become […]

Migrant workers from UP pedalling it to home