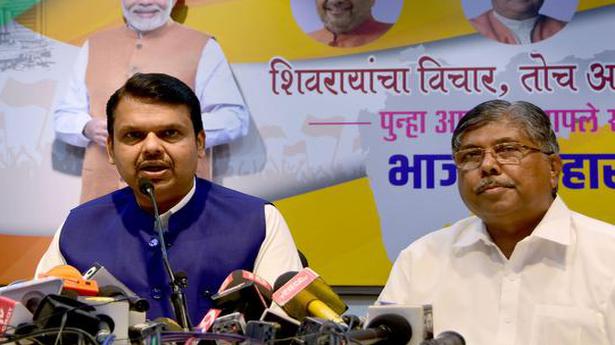 In a press conference held at Raj Bhavan, Mr Patil said “The people had given verdict to the BJP-Sena alliance but since Shiv Sena has not supported the BJP respecting the mandate, we have decided not to form the government.”

Mr. Patil also said “We give our good wishes to Shiv Sena if it wants to form the government with Congress and NCP.”

“We have informed our decision to governor Bhagat Singh Koshyari,” Mr. Patil said.

The BJP and the Sena had together won 161 seats in the 288-member House, way above the halfway mark of 145.

(with inputs from PTI)

All In The Family | Bihar

It is family first for the Bihari politician. Of the six seats allotted to his Lok Janshakti Party, Ram Vilas Paswan has three family members contesting three seats: son Chirag Paswan from Jamui, brother Pashupati Nath Paras from Hajipur and other sibling Ramchandra from Samastipur. But Paswan isn’t the only one. Of the 40 seats […]