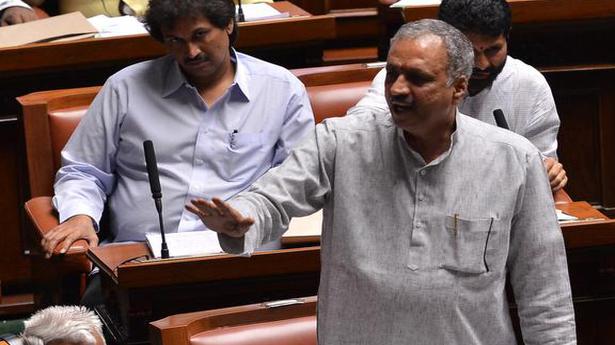 The BJP has zeroed in on six-time MLA and former Education Minister Vishveshwara Hegde Kageri as the next Speaker of the Karnataka Assembly. The party has announced he will file his nomination for the post on July 30.

The elections will be held in the Assembly on July 31. K.R. Ramesh Kumar resigned as Speaker shortly after the BJP government won the trust vote on Monday.

Mr. Kageri, 58, started out as an Akhil Bharatiya Vidyarthi Parishad leader and debuted as an MLA from Ankola constituency in 1994, which he continued to represent thrice till 2008. After delimitation of constituencies in the State, he shifted to Sirsi and won thrice again in 2008, 2013 and 2018.

India’s aviation regulator has told airlines to crack down on the behaviour of flight crew after several videos on popular Chinese video app TikTok showed crew members singing and dancing while on duty, a senior official told Reuters. The warning comes after it found growing examples of social media posts, especially on TikTok, featuring flight […]

The Congress on Saturday demanded a statement from Prime Minister Narendra Modi in Parliament on the current situation in Kashmir. “None less than the Prime Minister should make a statement on Jammu and Kashmir. It is his duty,” said Leader of the Opposition in the Rajya Sabha Ghulam Nabi Azad at a press conference in […]