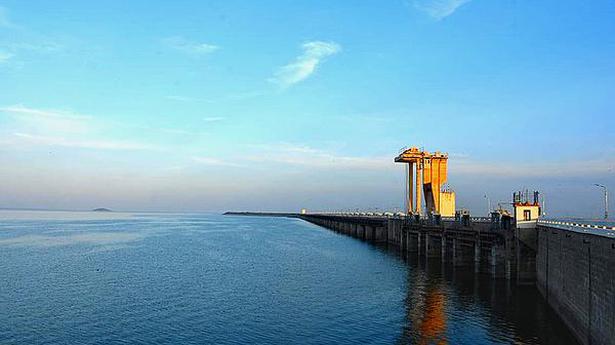 The reservoir which contained only 5 tmc ft, almost at dead storage level, in the beginning of the monsoon slowly but steadily received 82.209 tmc ft since June 1. At this stage now it is believed that one or two heavy rains in coming few days in its catchment area in the district or the upstream the river Godavari in Maharashtra will fill the reservoir to its FRL.

Farmers under the SRSP ayacut, meanwhile, are happy over the water position in the reservoir as it would ensure bumper harvests in the current kharif and also in the forthcoming yasangi (rabi). Water is likely to be released if need be at the flowering stage in the current kharif and for raising paddy seedlings and also transplantation and regular wetting in the entire rabi.

As of now, 883 cusecs is withdrawn from the project every day only for drinking water purposes in Koruta, Jagtial, Nirmal, Adilabad, Nizamabad, Kamareddy and Armoor, according to official sources.

Cricketing veteran Shane Watson felicitated children from a school in Chennai on October 14. The former Australian cricketer felicitated students belonging to Velammal Vidyalaya. The ceremony took place in Ayanambakkam and Mr. Watson awarded children with medals and trophys. The all-rounder spoke about his cricketing experience including playing with different teams during the Indian Premier […]

The inter-Ministerial Central team on Tuesday visited Kodagu to get a sense of the devastation caused from torrential rain, floods and landslips early this month and the plight of the people who had been wrecked by the catastrophic floods in two consecutive years with no time for them to recover. The team was led by […]

Stir for religion tag for Lingayats to continue till goal is met: Seer

The agitation for a religion status for Lingayat will continue till the goal is met, Panditaradhya Swami of Sanehalli Mutt said in Belagavi on Monday. He was interacting with students as part of the Matte Kalyana cultural rally. He said that he was very much a part of the movement and had participated in some […]