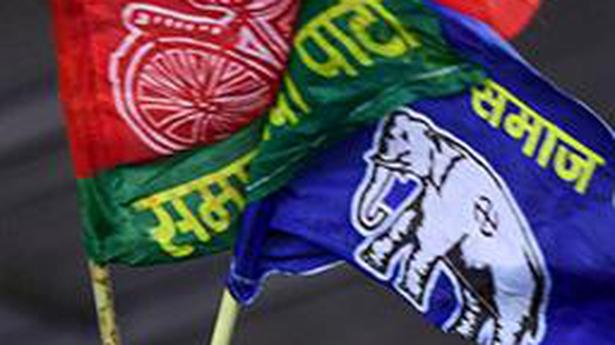 A BSP agent at a polling booth here was booked allegedly for spreading “fake news” that the Electronic Voting Machines were faulty and for registering votes for the party candidates in favour of the BJP, officials said on Friday. The agent, Dhara Singh, was booked on the directives of the Election Commission after he allegedly spread “fake news” that the EVM button against the BSP candidate’s name and symbol, when pressed, resulted in votes to the BJP at the Kasoli polling centre in Bijnore constituency here, officials said.

A special Prevention of Money Laundering Act court on Tuesday extended the ED’s custody of Housing Development Infrastructure Limited’s (HDIL) directors Rakesh Wadhawan and his son Sarang till October 24. The agency sought their custody on the grounds that they had identified 50 more HDIL properties, which they believe were bought from the proceeds of […]

Congress leaders and workers staged a demonstration in the city on Monday to protest what they termed as flagrant violation of the model code of conduct by the BJP. The party leaders cited the recent raid and seizure of nearly 30,000 saris with pamphlets containing images of BJP leaders, from a godown on the outskirts […]

Over 1,51,151 persons have been arrested so far for venturing out on roads, violating prohibitory orders promulgated in the State from March 24, to prevent the COVID-19 outbreak. All of them were released on bail. In the last 20 days, 1,40,176 violations were reported and 1,40,176 first information reports (FIRs) were registered. As many as […]