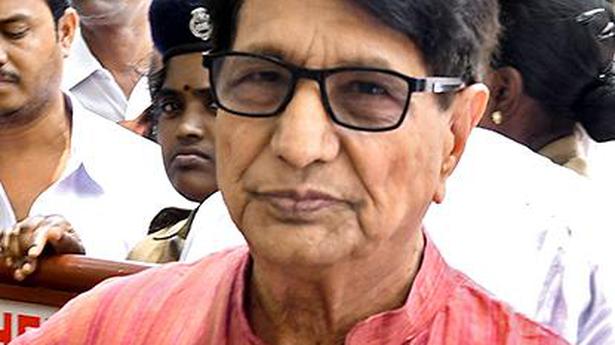 The three parties will hold joint rallies in the State after Holi, SP secretary Rajendra Chaudhary said on Thursday.

The campaign will start from western U.P. with the first joint rally to be held at Deoband in Saharanpur on April 7. The first phase of voting in the State, which will vote in seven phases, is on April 11.

The dates for the other rallies will be declared later, Mr. Chowdhury said.

The alliance has caused a “new wave in politics,” he said.

The announcement for joint rallies came a day after Mr. Yadav called on Ms. Mayawati at her residence in Lucknow to finalise candidates and strategy for the election. Ms. Mayawati also finalised her strategy for U.P. on Thursday and instructed her party workers to coordinate with the SP and the RLD.

In the first phase, eight constituencies in west U.P. will vote. Saharanpur, Bijnor, Meerut and Gautam Buddh Nagar have been allotted to the BSP, while the SP will contest Kairana and Ghaziabad, and the RLD in Muzaffarnagar and Baghpat.

As part of the alliance, the BSP will contest 38 seats, the SP 37 and the RLD three out of the 80 in the State. The alliance has decided to not field candidates in Rae Bareli and Amethi, held by UPA chairperson Sonia Gandhi and Congress president Rahul Gandhi.

Speaking to reporters at the SP office here, Mr. Yadav had said, “We are declaring candidates separately on seats finalised by us (SP and BSP) and the first rally (with Mayawati) is planned during Navratra from west Uttar Pradesh.”

When asked about the possibility of an alliance with the Congress in Uttar Pradesh for the polls, he said, “It’s too late now. We have finalised our seats.”

5 killed in accident on Chennai-Kolkata NH in A.P.

Five persons, including three children, were killed in a road accident at Narasaraopet centre in Chilakaluripet, Guntur district, on the Chennai-Kolkata National Highway 65 on Monday morning. The deceased were identified as Anand Kumar, 26, Surya Bhavani, 22, Venkateswara Rao, 30, Sonakshi, 5, and Geetheswar Babu, 3. They were returning to their home at Sabbivaripalem […]