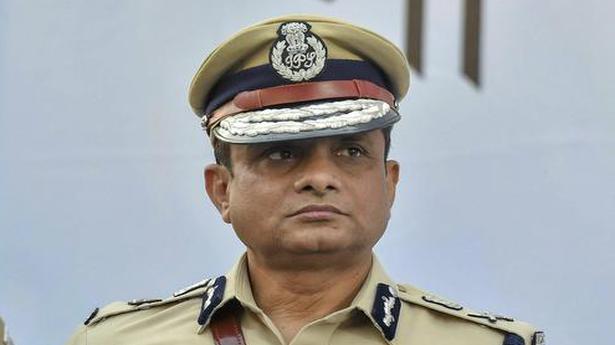 The Calcutta High Court on Friday vacated the interim order providing protection from arrest to IPS officer and former Kolkata Police Commissioner Rajeev Kumar by the Central Bureau of Investigation (CBI) in the Saradha scam.

Delivering the order, Justice Madhumati Mitra said a “blanket protection of not arresting is not available in law and would amount to unnecessary interfering with the investigation.” The High Court observed that the counsel for the petitioner has failed to substantiate that the investigating agency (CBI in the case) is harassing him or trying to injure his reputation.

Justice Mitra said the allegation that he has been singled out cannot be admitted before the court, since officers superior in rank to Mr Kumar have been interrogated by the agency.

Emphasising that the investigation in the Saradha scam is being carried out as per the orders of the Supreme Court, the Calcutta High Court observed that Mr. Kumar has been issued summons under Section 160 in the Code of Criminal Procedure. Justice Mitra said repeated questioning is a part of investigation and the question of acting beyond its jurisdiction does not arise.

Dismissing arguments made by the counsel of Mr. Kumar, the court said that issuance of notice does not mean that the investigating officer is conducting the investigation in a biased manner.

“No one is above the law and the petitioner cannot seek special protection,” Justice Mitra said. Observing that Mr. Kumar remains a witness and not an accused till today, any arrest by the Investigating Officer should be as per provisions of the law, she pointed out. The court cited a few judgments, saying that fair investigation is part of constitutional rights.

Mr. Kumar was part of the SIT probing the multi-crore Saradha scam before the CBI took over the investigation in May 2014. The CBI’s allegations against Mr. Kumar involves “suppression of evidence.” In February this year Chief Minister Mamata Banerjee sat on a dharna when CBI officers tried to question the former Kolkata Police Commissioner.

Mr. Kumar, who has been fighting a legal battle with the CBI, has also been interrogated by the Central investigation agency in Shillong. Earlier this year, the Calcutta High Court provided relief to Mr. Kumar by extending his interim bail petition a few times since May 2019.

JSW Group has committed ₹100 crore to the Prime Minister’s Citizen Assistance and Relief in Emergency Situations Fund (PM-CARES Fund) in support of all ongoing relief efforts in light of the current COVID -19 crisis. Chairman of the JSW Group, Sajjan Jindal, while announcing the group’s support said, “We are continuously evaluating the situation and […]