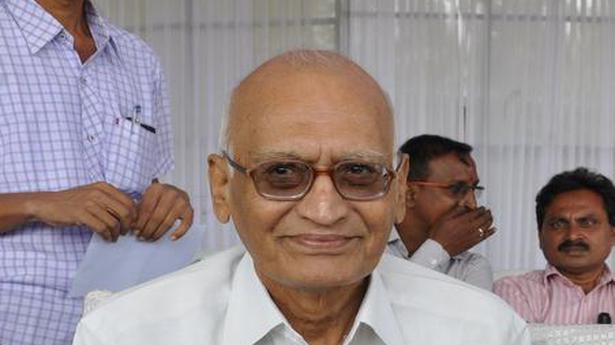 The home of S.P.Y. Reddy, the Nandyal Jana Sena Party MP candidate and sitting MP, was raided by the CBI on Saturday.

Sources say the raids continued till late in the night. During the raids, documents of few industries owned by Mr. Reddy have been seized. The MP had availed loans to the tune of ₹ 500 crore from numerous banks including State Bank of India and Syndicate Bank as per sources.

The raids were triggered by alleged loan defaults to banks. Sources added that Mr. Reddy had taken loans to support and expand Nandi group of Industries, which is the manufacturer of PVC pipes and other plastic products.

While the raids were taking place, Mr. Reddy was in Hyderabad receiving treatment at Care Hospital, Banjara Hills. The managing director of Nandi group of Industries, S. Sridhar Reddy, also the MP’s son-in-law, was the only person present at the residence.

The rest of the family is also in Hyderabad attending to the ailing MP.

An exchange of fire between the security forces comprising the Special Police Party of the Visakhapatnam district and the CRPF, and the Maoists took place near Mandapalle village, a village bordering Koyyuru and GK Veedhi, in Visakhapatnam Agency on Monday. It it learnt that about 15 to 20 hardcore cadres from the East Division of […]

Five Maoists are suspected to have died in an exchange of fire with security personnel in Odisha’s Koraput district on May 8 afternoon. According to Koraput Superintendent of Police Kanwar Vishal Singh, the encounter occurred in Padiua police station area. “Details are awaited as the security personnel involved in this operation had not yet returned […]