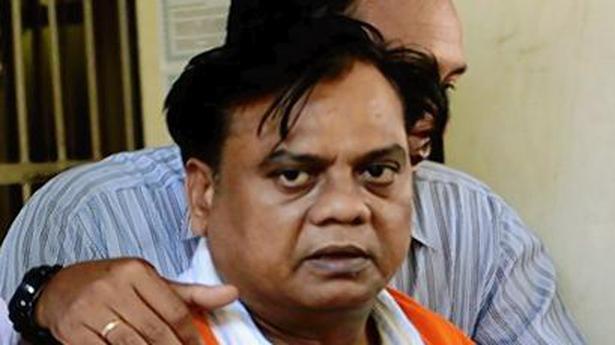 The CBI has taken over five more cases of abduction, attempted murder and extortion allegedly involving underworld don Chhota Rajan and his associates.

The first case pertains to the abduction of one Punamchand Prithviraj Malu, a resident of Mumbai, in February 1998. The local police had earlier filed a chargesheet against Deepak Jain, Chhota Rajan and one Raju for their alleged involvement.

In the second case, Chhota Rajan was named as one of the accused for the attempted murder of some Mumbai policemen. The incident took place on October 6, 1983, when the underworld don was travelling in a taxi along with his two associates. The policemen, on another assignment, spotted them and intercepted the vehicle. They attempted to nab the three.

It is alleged that Chhota Rajan had tried to assault a policeman with a knife. However, he and his accomplices were overpowered.

Another case of attempted murder was reported on November 21, 1980, in which Chhotta Rajan has been named along with three others for allegedly stabbing one Anthony Fernandes in Mumbai.

Two cases of extortion were reported in 2000. One of the FIRs, in which 10 persons have been arraigned, is related to the extortion threat to a builder, Haresh Jivandas Matani. The local police had filed a chargesheet in the case.

Chhota Rajan was brought back to India from Bali in November 2015. He was on the run for about 27 years.

Prime Minister Narendra Modi on March 31 said he took the decision for the Indian Air Force to conduct the Balakot air strikes as he thought that “the game” should be played from where terrorism is being remote-controlled. Addressing a ‘Main bhi Chowkidar’ event, he said Pakistan is in a fix because if it acknowledges […]

The Anti-Satellite Test (ASAT) has demonstrated the capabilities of indigenously-developed Indian technologies to carry out a critical mission with high degree of precision, said G. Satheesh Reddy, Chairman of DRDO, here on Sunday. All the critical systems, including the software and sensors, were developed by a team of scientists from various specialisations who worked in […]