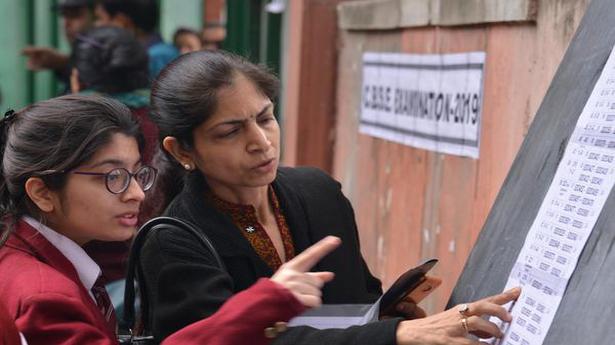 The Central Board of Secondary Education has declared results for its Class 12 examination held in February to March 2019. Of the 12.87 lakh students who attempted the examination, 83.4% have passed.

Two girls, Hansika Shukla and Karishma Arora, both from Uttar Pradesh, topped the examination, scoring 499 out of 500. The second rank was also grabbed by three girls, who scored 498.

Girls outperformed boys as a whole, with 88.7% of them clearing the exam in comparison to 79.4% of boys. Transgender students had a pass percentage of 83.3%.

The DMK will sweep the byelections to 22 Assembly constituencies, and that would be enough for the party to form a government with the support of Congress and IUML MLAs, DMK president M.K. Stalin said here on Tuesday. The days of the AIADMK rule were numbered as it would be reduced to a minority government […]

Amaravati farmers pour out their woes to Venkaiah Naidu

A farmers’ delegation, led by members of the Amaravati Parirakshana Samithi JAC met Vice-President M. Venkaiah Naidu in New Delhi on Tuesday with an appeal to urge the Centre to look into their problems. In a memorandum, the farmers explained the Vice-President about the prevailing conditions in the State, their concerns on the proposed shifting […]